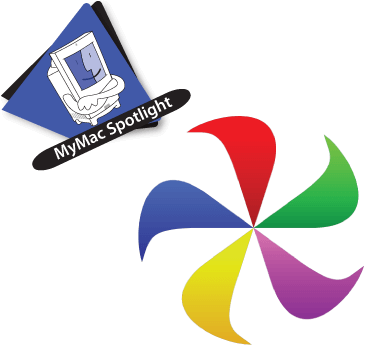 This week, we turn our attention to Peter Maurer and Rob Griffiths of Many Tricks

This is the first Spotlight in which we feature two people in one article, so first up isÂ Peter Maurer!

In terms of creating something, rather than just consume or play, it all started with my first own computer, which was also the first computerÂ in our household. It was an Atari 1040STFM, and it came with Omikron BASIC. There was a manual, and most of it went way over my 14-year-old head. But the idea of telling a machine to do something fascinated me, so I kept trying, then gave up for a few weeks or months, then triedÂ again. Come to think of it, my approach to programming hasn’t changed a lot since those days.

I love my Power Mac G4 Cube. The Cube just might be one of the most underrated computers, because people tend to judge it based on itsÂ economic success, or lack thereof. Its effect on Apple’s (and thus, the entire industry’s) hardware and software design lasts to this day,Â though, and it was a pretty powerful machine when it was new.

When I was in med school, I’d sometimes spend a few weeks getting someone else’s neuroscience-related project to work for local researchÂ groups.

4Â – What advice would you give to younger people just getting into technology?

When your mom tells you to switch off that device, switch it off. Your mental and physical health will thank you later. And if you end up with aÂ career similar to mine for some reason, you might find that the really hard programming problems are more likly to be solved while you’reÂ hiking through the woods, rather than staring at a screen.

When I was a kid, there was this girl I tried to impress with my programming skills. It didn’t work.

I was always interested in it; I remember using punched paper tape to write BASIC programs back in middle school.Â It really took off, though, when my dad brought home a Commodore PET, followed shortly thereafter by an Apple ][.

Well, I really liked the PDP-10 at MIT’s MDL that introduced me to both online networking and the world of Zork.Â But if you’re talking about machines I’ve personally used, I really liked the “cheese grater” Mac Pros. EasilyÂ opened, easily expanded and upgraded, tons of speed for the time, and (mine, at least) was rock-solid reliable.

Our work is at Manytricks.com. Our most-recent release is a little utility called ResolutionatorÂ that lets you easily change a display’s resolution, even (in some cases)Â using more pixels than the display has available. Soon to be released is a major upgrade to Leech, our downloadÂ manager.

Very first job? Delivering newspapers via bike back in Colorado. First real job after college was working for IBMÂ in New York, for the plant that created their mainframe computers.

While education is important, so is pure exploration time. Spend time using the technology that interests you,Â trying to see how it works. Don’t get discouraged by failure, and try to find a way to turn your passion inÂ technology into a career. My personal version of that is a transition from a Finance and Planning corporate typeÂ into a web site operator and writer for Macworld, then into my current role at Many Tricks.

Honestly, I’m not sure I have an actual inspiration I can point to; I always respected my father and the way heÂ went about his job, and my mother for her ability to keep control of a home with three boys. But I don’t have aÂ business or tech mentor that I’ve really looked up to to try and emulate.Â

Our company is on the web, and on twitter as @manytricks. Personally, you can follow us on Twitter asÂ individuals (@rgriff and @petermaurer); Rob also maintains a personal blog, andÂ occasionally writes for Macworld.