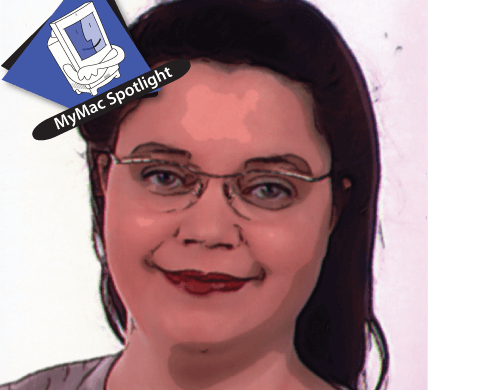 This week, we turn our attention to Beatrix WilliusÂ fromÂ Moth Software

In school I became interested in sciences and did my first tries at Turbo Pascal. In university developing was part of my degree in physics. After university I got a job at a marketing department of Philipps. Marketing needs a lot of reports, which got me started in Microsoft Excel. After that I got a job at GM in a quality department, which also needed a lot of reports. This got me started in VBA – which never really left me.

The early programming tools had one big issue: creating user interfaces was a lot of work. When the first version of Xojo/Realbasic came out this suddenly was lot easier and I was hooked.

My second Mac a Macintosh SE – the original cube. The computer never crashed. Today my iPhone has more screen resolution than the SE. But at that time the computer was so great. It had the first hard disk of gigantic 50 MBs.

Iâ€™m the developer of Mail Archiver X – the professional email archiving solution for the Mac. Every IMAP account has a cap. If you reach that while you have to do your work is very annoying. Using Gmail also is only nice as long as your Gmail account isnâ€™t hacked. Mail Archiver X solves these problems by moving the mails to a separate file.

My first job ever was as girl-friday in a freelance office service at 16 or so. That was the time when faxes were done with punch tape (shudder). But I learned a lot about writing and my boss had one of the first DTP packages.

Learn how to solve problems. The area doesnâ€™t really matter. If you know how to chop big problems into small ones that you can solve then you can tackle anything.

Learn at least some theory. You never know when you will need it. Learn math. If you want to do a game and â€œsinâ€ or â€œcosâ€ look like foreign words you are out of luck.

With a degree in physics my inspiration comes from the guys in the beginning of the 20th century that did a complete new type of physics: Einstein, Planck, SchrÃ¶dinger etc.