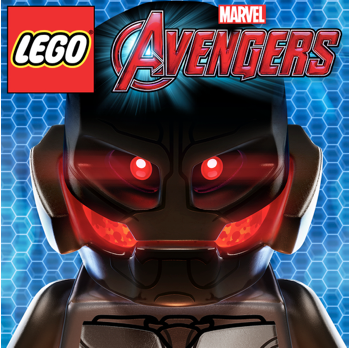 It must have been six to eight months already, because itâ€™s once again time for me to review a LEGO game on the Mac from Feral Interactive. Feral has been one of the best Mac developers for many years now, and they are really good at porting games from other platforms over to the Mac so we, too, can get our game on!

LEGO Marvelâ€™s Avengers on the Mac is the same game I already own on the PS3. My kids love playing the game, so I have not had much opportunity to play it. Every time I try to play, my youngest will come in to the room, tell me how to get past a certain obstacle in the game, and I eventually just handÂ him the controller. So I was looking forward to playing this game on my Mac, where he would not just take over.

I really liked LEGO Marvelâ€™s Super Heroes, which I reviewed last summer,Â and many things in the new LEGO Marvelâ€™s Avengers seem to have been lifted directly from that game. There are new missions, but it feels a little, well, cheating?, to simply reuse assets from an older game in the newer game. This is the first time I have seen this in a LEGO game, and I hope itâ€™s not a trend that will continue.

You play through the various Marvel movies, starting with the latest Avengers Age of Ultron movie, and then work back to some of the other movies. The first Marvel Super Heroes game was set in the comic book universe, where as this game is set in the movie universe. Whatâ€™s the difference? Honestly, not a lot in playability or enjoyment, and they do a great job of creating some of the locations from the movies in this game. 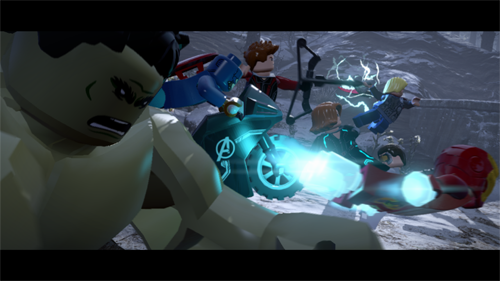 Two main issues with the game. One is that you canâ€™t skip cut scenes during mission play through, and this game has unbearably long cut scenes. Itâ€™s like the developer was so proud of their little comedic takes on the Marvel movies that they are going to force you to watch each and every one of them, like it or not.

The second issue is the length of many of the missions. The first LEGO video game, Star Wars, had easy to find and play through levels that took just enough time to be fun and progress the game. With Marvelâ€™s Avengers, the typical level is long, long, long. You think you are done with a level after playing for a half-hour, only to have to sit through yet another long cut scene, and boom! Right back to another part of the level. Sigh. There is such a thing as too much of a good thing.

Still, this is all pretty much forgivable as the game itself sports hours and loads of fun gameplay. Many levels, as I stated above, are not-quite but pretty much lifted right from the earlier Marvel game. But with the variety of Marvel movies you get to play through, and the sheer number of levels, this, too, can be forgiven.

Breaking stuff, building stuff, solving the (mostly simply) puzzles, which is whatÂ you do in all the LEGO video games, is the lay of the land here as well. Itâ€™s a decade-old winning formula, and you can tell that the people who make these games have perfected the formula. It works, itâ€™s fun, and it even plays on a Mac that is five years old. The graphics look terrific, and the attention to detail is first-rate.

LEGO Marvelâ€™s Avengers may be a clumsy name, but itâ€™s not a clumsy game to play. Tons of characters to unlock, great audio from the actual movies, and a first class Mac port to a newer game. What more could you want?