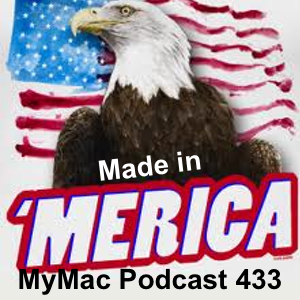 Well the news is out. Apple will be assembling an entire Mac line here in the US. Wonderful news and all that, but why does it ring somewhat hollow? The MyMac Podcast has a new way to talk to the GMen. It’s our Google+ Community page! WOO! Now you can…do all the stuff like before…just in yet another place. Yeah, that’s a win.

One thought on “Made in ‘Merica
MyMac Podcast #433”