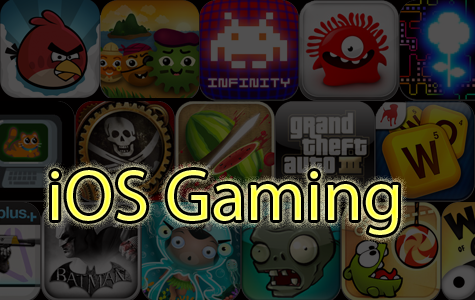 I knew it was only a matter of time. Back when the iPhone was first released the only apps on the device was those created by Apple. It didnâ€™t take the company long to roll out the ability for third party developers to create an ecosystem that would take the platform to new heights. And, obviously to everyone, it was video games that led the charge.

The first generation on apps for iOS (the operating system on all iPads, iPhones, and iPod Touches) were, for the most part, simply baby steps that showed the potential. Very few of those first generation iOS games hold up well today. A few notables that have made a huge impact and continue to garner a lot of attention is Field Runners and… I canâ€™t think of any other huge games from 2008 that are still huge hits. Some of the biggest and brightest early games on iOS include PapiJump, Trism, Toy Bot Diaries, Hero of Sparta, Rolando, Snail Mail, Fastlane Street Racing, Asphalt 4: Elite Racing, Tap Tap Dance, Spore Origins, Labyrinth, Sim City, Cro-Mag Rally and a few others.

In 2009, iOS gaming took a huge step forward. This was the year that showed where iOS gaming would be heading, and some of the best and brightest games from 2009 are still some of the best games. These include Spider: The Secret of Bryce Manor, Doodle Jump, Flight Control, Space Invaders Infinity Gene, I Dig It, Real Racing, Need for Speed, Canabalt, Harbor Master, Eliminate Pro, N.O.V.A., Words with Friends, Pocket God, Ravensword, Peggle, Letâ€™s Golf, and the biggest hit the iOS has seen to date, Angry Birds.

Angry Birds, which came out at the very end of 2009, has done more to sell iPod Touchâ€™s than any other game. While you can find the game on every major mobile platform now, it was on the Apple devices that it got its start and where it has made the most money. The importance of Angry Birds cannot be overstated; it showed all the major game developers that the iOS platform was a major player, one to rival the Xbox, Playstation, and even Nintendo.

2010 saw even more serious gaming potential for iOS. Infinity Blade became a major franchise, Cut the Rope started to see some big numbers, Plants vs. Zombies became a household name, World of Goo fans rejoiced by being able to play the game anywhere, and one of the rockstars of the console gaming world finally released a big name: Grand Theft Auto: Chinatown Wars.

The biggest reason for the massive growth in iOS gaming, however, was not the games themselves, but rather the iPad. While games were very popular on both the iPhone and iPod Touch, it was the larger screen on the iPad that had many potential video game enthusiasts finally taking note.

The iPad offered a bigger screen. That cannot be downplayed: almost any game is more enjoyable writ large. In this case, as far as hardcore video gamers are concerned, bigger is better.

Gaming developers quickly jumped on the iPad, many releasing updated version of their iPhone games but for a larger screen. The â€œHDâ€ quickly became the moniker for games recompiled for the larger iPad screen. More common today, however, are the â€œUniversalâ€ games, those which are compiled to run on both the iPad and iPhone.

The better â€œRetina Displayâ€ on the iPhone 4 gave gaming developers even better graphical horsepower in which to write their games for. All of a sudden, a mobile version of a game, such as the aforementioned â€œInfinity Bladeâ€ rivaled that of a console game, and in fact even looked better than the Nintendo Wii. As a fun, albeit pointless, comparison, the Nintendo Wii has a Power PC processor running at 729 MHz, while the iPhone 4 has a 1GHz A4 chip. The Wii has 88MB of RAM, while the iPhone 4 has 512MB, and unlike the Wii, can play video at 720p resolution.

The last cannot be overlooked in the crowd. While there has been some efforts to make a â€œrealâ€ GTA on iOS before (Iâ€™m looking at you GangStar) none were very well done. From hokey looking graphics to laughably terrible voice acting (still looking at you GangStar) none have come close to capturing the essence that made GTA III and its sequels so outstanding. And while GTA III is a ten year old game, the port to iOS is simply fantastic.

GTA III, more than any other game before it, pushes the iOS gaming platform to a new level. It ushers in a new paradigm that handheld gaming does not have to be scaled down versions of console hits. GTA III era games had come to the Playstation PSP with Vice City Stories and Liberty City Stories, so going mobile was nothing new for RockStarâ€™s premier franchise. But those games costs $39.99 when they were released on UMD, while GTA III is only $4.99. (I fully expect to see Vice City, as well as Vice City Stories and Liberty City Stories come to iOS, with San Andreas later.)

Future upgrades, as well as new devices for iOS, are coming. I hope a year from now I will be able to wirelessly play all my iOS games on my larger TV screen. 2012 will more than likely see many new console quality games coming to iOS, and with the arrival of the Sony Playstation Vita, the future of gaming in general looks a lot console focused, and more mobile, without the sacrifice of gameplay or graphics.

In fact, weâ€™re already there.