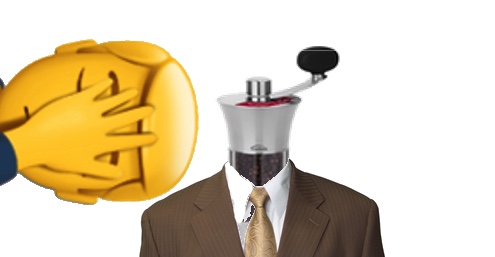 The human race is capable of many wondrous things, but sometimes the underlaying amount of pig-headedness just reaches up and smacks you in the face. Fortunately looking for such articles is really easy, I just wish it wasn’t

So maybe some background.

There is currently a case that may go up before the US Supreme Court called Apple vs Pepper. Boiled down to its essence, the case is about whether consumers of apps in the iOS App Store can sue Apple related to Apple’s practices in the iOS App Store. Previous cases similar have stated that they can’t, only those who are directly related to sales (in this case the developers as Apple claims to be a reseller) can bring about such a suit. The question raised with this case is, “Can consumers sue anyone who delivers goods to them for antitrust damages, even where they seek damages based on prices set by third parties who would be the immediate victims of the alleged offense?”

Harrison Mcavoy ignores the argument for the case in his article in the (I’m linking to it for the basis of THIS article) Next Web and instead says the Apple V Pepper case is about freedom for developers and users from Apple’s monopolistic practices with the iOS App Store. The problem is his argument has more holes than Swiss cheese.

Mcavoy’s argument is based on some silly belief that Apple restricting iOS devices in the App Store is only about money. Apple DOES make a lot of money from apps as they do with most of their services, however the conveniently forgotten part of the argument is that Apple does NOT set the prices of apps in the iOS App Store (he pays lip service to it, but from the tone does not agree). Developers set their own prices and Apple adds a 30% fee. This is how retail works and has nearly always worked. Apple provides a platform for mobile use that has managed to avoid most of the problems other mobile platforms have had (and still do) in relation to security and privacy. Never perfectly and there have been a series of missteps, but there’s a reason why the business market uses iOS far in excess of iOS’s overall marketshare.

Mcavoy’s argument boils down to this analogy. Walk into any department store and pick up a shirt that is exclusively sold (there are many examples of just this thing) in that store. Go to the counter and argue that the “store” is charging too much and if they don’t agree to your terms you will sue them for having a monopoly on this shirt. Ignoring that nearly identical shirts can be bought in other stores or online for less, you want THIS shirt and you don’t want to pay the asking price. Or better yet, you want to leave with the shirt and then go pay the maker of shirt directly instead of through the store. Never mind that the store had agreements with the manufacturer and provides a safe and secure method of payment for the shirt that may not be available if acquired through other means. Or that if you buy the shirt online it may not actually be from the manufacturer that made the design (meaning they get no compensation) or worse be infested with fleas and ticks that will suck your blood and bring you diseases! While that may seem like an extreme analogy, it’s not that far from what can (and does in the Android world) happen if you aren’t very careful about where you get applications.

Let’s put that aside though for some of the other arguments. Directly from the article. My counter arguments with be in parentheses.

“Apple has gone to great lengths to maintain its hold as the sole distribution channel to Apple device users, which has harmed developers, consumers, and competition generally.”

These are Apple’s designed devices and how they sell them is not up to you, me, or really anyone other than Apple’s management. If shareholders are unhappy, they can and have made such displeasure known.

To enforce its monopoly

Apple has permanently disabled, or â€œbricked,â€ devices that were modified to download software from somewhere other than through Apple

Modifying a device beyond it’s intended use for your own gain has risks. Don’t jailbreak and chances are your device will never brick itself. You assume responsibility for your own actions

Interesting how Mcavoy words this. By carefully saying iOS apps instead of just apps, one might assume Apple is refusing to allow developers to take their own apps and port them to other platforms. Which Apple doesn’t do and developers can port their apps to any platform they wish,

Take a shirt from a store and tell the store you’ll only pay the maker of the shirt. Afterwards don’t contact me from jail as I don’t accept collect calls

I actually agree with this part. If you want to try and jailbreak or modify a device that you bought, go for it. Just don’t expect Apple to repair or replace it under warranty.

Then there’s this bit…

“By monopolizing access to iOS, Apple is able to charge artificially high prices to developers that bear no relation to its costs â€” a whopping 30 percent of all developer revenue â€” which has raised prices to consumers and stymied innovation in app distribution.”

Mcavoy leaves out the part that Apple does not set the prices of apps in the iOS App Store, developers do. They do add 30% which for anyone that knows retail can tell you that this is not that outrageous a markup. The rest of the article continues in the same vein with Mcavoy throwing out the word “monopoly” a lot while clearly not understanding what a monopoly really is.

If the Supreme Court rules that only developers can bring forward such a suit, would those same developers that have made so much money off iOS be willing to potentially kill the goose that laid their golden egg?

One thought on “A Suit with a dash of Pepper”