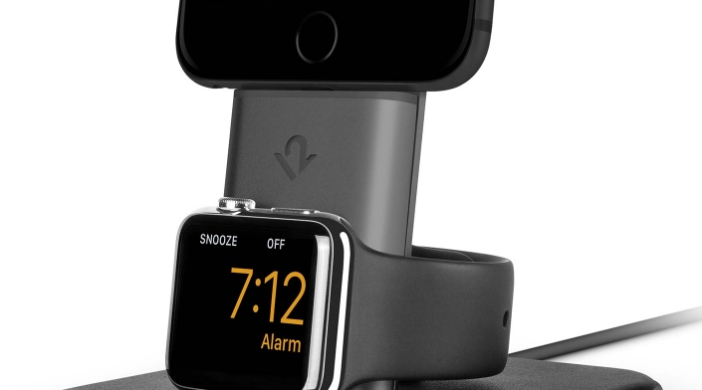 A few weeks ago I bought an Apple Watch (Series 1). That meant I had to add yet another charging cable to the set of wires hanging off my desk like spaghetti. The charging wires for my iPhone, iPad, MacBook Air, and my sonâ€™s iPad mini were already forming that tangled mass of wires that somehow always seem to become intertwined like that ball of holiday lights Clark Griswold pulls out of the box in â€œChristmas Vacation.â€

I decided there had to be a better way and began to look at charging stands, of which there are many, but none of the reviews I read were favorable. Either the stands were made from cheap materials, they were too lightweight and slid off the desk, would not accommodate iPhone cases, or worse, they were dead on arrival once plugged in. Enter the Twelve South HiRise Duet. I have reviewed several Twelve South products in the past and have always found them to be of the highest quality. 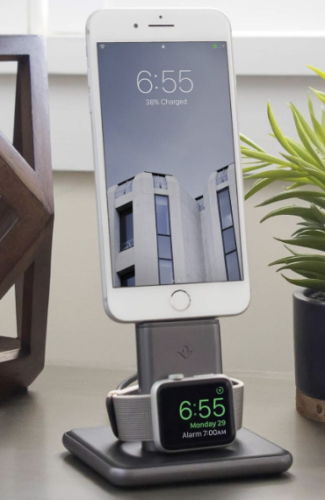 The HiRise Duet is a dual charger, charging both your iPhone and Apple Watch so you get double the charging in half the space. One of the best features of this base is its adjustability. You loosen the rear support screw and then slide the support until it fits snugly against your iPhone case. I donâ€™t think this will work with a beefy case, like a thick Otterbox case (I donâ€™t have one, so I am speculating) but it did easily hold a thick neoprene case I own. 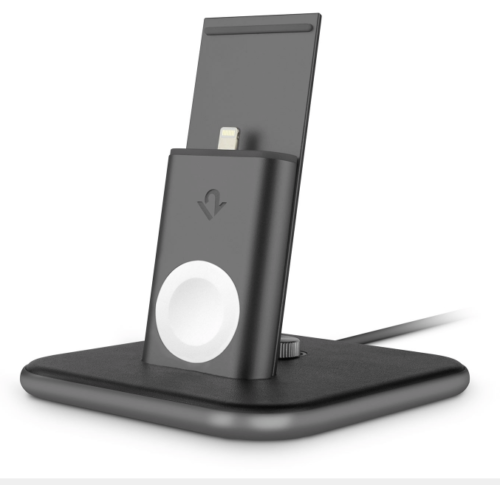 The HiRise Duet comes with an allen key wrench that you use to release the lightning adjustment screw. 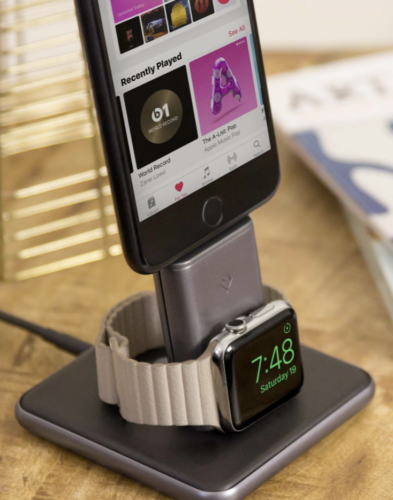 Once you loosen this screw, you can pull the Lightning connector up (or push it down) to accommodate your iPhone.

Your Apple Watch wraps around the magnetic charging disk already built into the base. 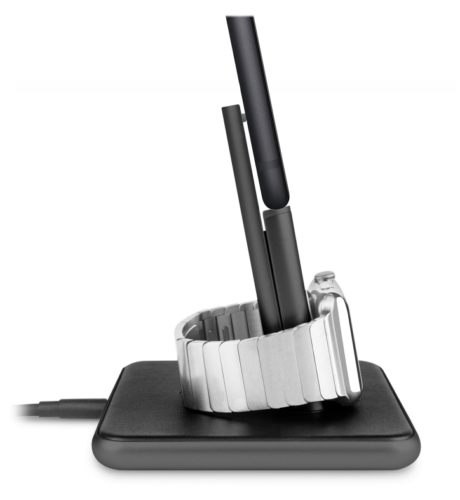 The HiRise Duet holds your Apple Watch on its side, which automatically switches it into night stand mode.Â  In this mode the crown turns into a snooze button. The base of the unit is lined with a soft layer of premium leather to help protect your watch. One of the other useful things about the stand: because the Apple Watch magnetic charging disk is built into the unit, you get to use your original charging cable that came with the watch somewhere else, like the office, or in your travel bag without having to buy one. 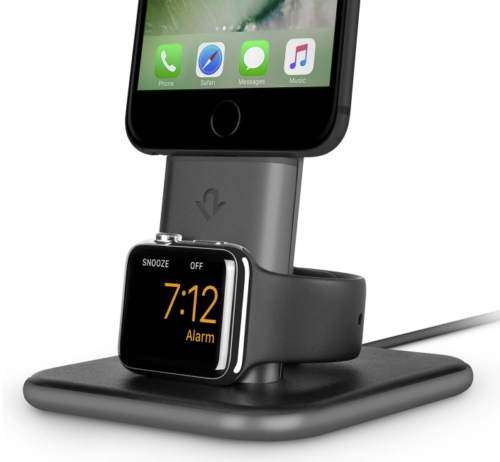 Finally, the stand is made of metal and weighs almost a pound. That means the non skid base wonâ€™t budge from wherever you place it. The stand has a dedicated electrical plug on the back so you wonâ€™t need to mess around with USB power adapters. In the box, you will also find plugs for not only NorthAmerica, but Continental Europe, Australia/New Zealand, as well as the UK, Hong Kong, and Singapore.

Conclusions:
The most difficult part of the set up was setting the height of the Lightning connector. I found I had to really pull on that connector to get it up high enough to work with my case. This took some trial and error, but stick with it and you will get there. The other minor quibble I have is when lining up the phone to plug into the base. This can take a bit of trial and error. Donâ€™t confuse this product with the Twelve South HiRise which only accommodates an iPhone because the Duet is more than that.

I love this charging base and I think you will as well.