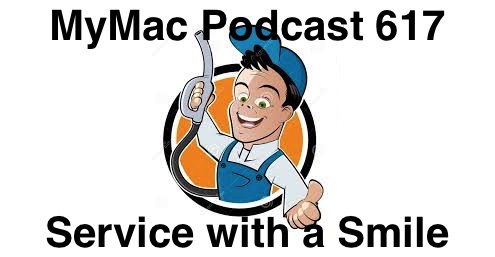 So after the iPhone, what do you think is the number two money generator for Apple? Macs? iPads? The Apple Watch (yeah right!). Nope, believe it not, itâ€™s Appleâ€™s services including iTunes, iCloud, and many others. The Gmen explore this a bit before losing track of what it was they were talking about.

Guyâ€™s App Pick: AUM Audio Mixer from Kymatica $18.99 from the iOS App Store. If you do a lot of audio on your iOS devices, then this is an app you should probably use. Compatible with Inter-App Audio, Audiobus, and many other audio related programs, AUM takes them all and routes them where you want them. Kind of like Audio Hijack on the Mac, but to be honest incapable of all that app can do because of Apple’s iOS limitations. Also does not work with Skype which is unfortunate.
Gazâ€™s App Pick: Two picks ones and App and one’s a USB Desk Fan.

Smash Hit a game where you throw Ball Bearings at objects to complete the course. Quite addictive and FREE to try but I soon unlocked the premium version with an in App purchase of Â£1.49, which is how it should be 🙂

The desk fan has 2 speeds the lower speed pushes enough of a breeze across you and is pretty quiet, not silent but not bad.

There are in App purchases for more backing tracks @ 0.79p each there is also a Classic version at Â£1.49 Version I haven’t checked that one out yet though.Â Standard (with In App purchases)Â Classic Version