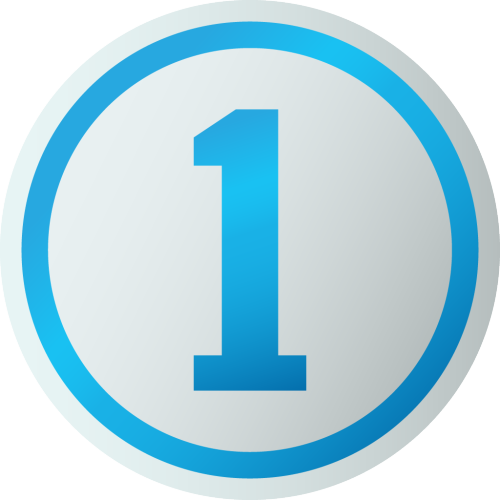 Earlier this year MyMac looked in depth (1, 2) at Capture One Pro 8 from the Danish company, Phase One.

Itâ€™s an impressive alternative to Appleâ€™s own Aperture, which is no longer being developed and – although the Digital Asset Management system of choice for many – is not guaranteed to work on unspecified future operating systems. Version 9 of Capture One Pro was released this month. Itâ€™s every bit as good as its predecessor and remains the preferred alternative to Aperture over Adobeâ€™s Lightroom.

This is more than a maintenance release; for most people, its new and improved features will justify the priceâ€¦ $299 new or $99 for a single user upgrade. There are a good dozen enhancements, sets of new or improved features. Presumably the fixes introduced in the handful of decimal updates since version 8 was released are all included here. Itâ€™s a better product for sure.

Metadata is vital for most meticulous photographers working digitally – which arguably means (almost) all photographersâ€¦ how else do you keep track of whatâ€™s where and how youâ€™ve categorized and ordered your subjects? Capture One Pro 8 had very serious limitations in its use of keywords.

Happily these have been fully addressed in version 9. The software is now on a par with Aperture. For some users, the Capture One Pro 9 paradigm may exceed that of Aperture. This video tutorial gives an idea of just how well keywording has been implemented in version 9.

You can now not only apply (and remove!) keywords to individual images, but also import sets of keywords from other sources (including a properly hierarchically-arranged text file export from Aperture) and maintain them in a keyword library managed within Capture One Pro 9. That library is controlled and maintained independently of any set of keywords manipulated by the Keyword Tool associated with a specific catalog. Indeed, you can now have multiple keyword libraries for different purposes and environments. This was a delight to use during evaluation. 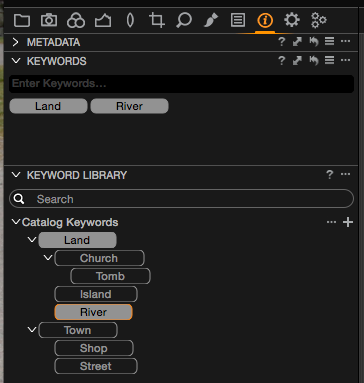 Import, hierarchical arrangements (parents and children are here considered conceptually related – not mere organizing conventions), renaming and deletion etc can all now be done in Capture One Pro 9â€™s Keyword Library without losing the subset of keywords as applied to (groups of) image(s).

Capture One Pro 8â€™s failure to decouple these two aspects of keyword management was perhaps its most debilitating drawback. No longer. The way in which this aspect of metadata has been implemented makes it possible to recommend the product without hesitation.

The basic interface of Capture One Pro hasnâ€™t been changed in version 9; itâ€™s logical, easy to learn and groups functions and actions in ways that youâ€™ll find easy to use. For example adjustment tools can still be altered in three parallel ways (sliders, numbers, keys); then there are various ways to revert and reset particular adjustment steps.

Default and preset management is exemplary; as is the ability to work with differing values for different circumstancesâ€¦ multiple cameras and shooting environments and requirements, for instance. Conversely, (multiple) adjustments can be easily applied to sets of images. During evaluation these arrangements were again found to work with the user, not to require them to keep consulting documentation.

A good video tutorial introduction to Capture One Pro 9 can be found here.

But there have also been changes – simple and with more impact on your workflow – in the way in which version 9 manipulates the actual images. The rescaling engine has apparently been completely rewritten: sharpness of image is preserved at any sizeâ€¦ production for the web is thus streamlined.

Those already familiar with Capture One Pro 8â€™s Exposure Tool wonâ€™t see much difference in the interface. Yet improvements introduced in version 9 make independent control of the various values of contrast, hue, saturation and lightness easier.

Masking has also been effectively redesigned – again in the interests of making its use easier; significantly finer control is now possible; and dodging and burning work more intuitively than in earlier versions of the software. Objects with straight edges such as buildings can be more easily masked.

All these were found to be real advantages for users who want to do more than store their digital images. And – significantly – better results were obtained using these tools.

Adjustments to curves can now be applied to local adjustment layer masks. There is also a new curve mode: Luma. These allow a gradual adjustment to the luminosity of the image. In version 9 this control is also available as a local adjustment without (necessarily) changing (either) hue or saturation.

Phase One employs an understandably tough licensing routine; the price you pay for version 9 now includes three activationsâ€¦ 8 had two; but the procedure for activating remains as before. During the period in which you are upgrading from 8 to 9 things need to be as straightforward as possible because your image library is so valuable. Phase One has done a good job here too: Capture One Pro 9 installs as a new executable and does not overwrite anything there from version 8. You could even keep the version 8 software if you wanted to. Then – although Sessions and Catalogs will be upgraded for 9 (hence no longer compatible with 8) – you could revert them to 8 if you needed too.

A RAW file with its adjustments can now be exported in Enhanced Image Package (EIP) format for portability across environments and repurposing/retouching or archiving. A converted DNG file can now be read as if it were the original RAW file.

When capturing images from a camera in tethered mode, itâ€™s easier in version 9 to monitor the status of your cameraâ€™s battery: thereâ€™s a dedicated icon in the toolbar for that. These icons are still pretty small, though. Indeed, one criticism of the Capture One Pro interface must remain: its feature set is so rich that icons, tooltips and legends are often somewhat small and hard to work with quickly until you get used to the toolbars and menus. The same has to be said for the lack of contract between, black, white and gray. But then thatâ€™s also true of Appleâ€™s other Professional Applications, including Aperture.

During extensive testing, Capture One Pro 9 was found to be reliable and robustâ€¦ no crashes, unexpected behavior or failures with a variety of images from a Canon camera. As with any â€œ.0â€ release, you may want to be cautious and learn the softwareâ€™s new features before committing â€œliveâ€ data to the version 9 environment – especially if you rely on such digital asset management systems professionally and/or donâ€™t have a flexible and robust backup strategy. Phase One has made such safety during transition easy, though: you can keep a copy of your catalog to run with version 8 while you experiment with 9.

Conclusion: This welcome upgrade fills in at least one glaring gap which spoiled version 8 (keyword management). It continues to do most of what serious photographers who need to build and maintain a digital library are ever likely to want. And it does it well and with style. Capture One Pro 9 is also noticeably faster.

Cons: Some users may find the font size and icons a little too small; though not less so than those in Aperture once youâ€™re used to them.