A robust yet sleek bumper case and screen protector that provides some added protection against accidental scrapes and dings. Available in silver, black, grey, champagne, space grey and green, the silver bumper particularly compliments the design of the iPhone 6/6 Plus without detracting from the design of the phone.

The aerospace aluminum iPhone bumper is presented in a stylish metallic case that fully houses the bumper case and shows off its contents nicely. Along with the two-piece bumper case a screen protecting mPact Film is also included to protect the glass display. It is worth noting that this is a case designed to protect the vulnerable edges and display from incidental scratches, scarring and the everyday damage that might accrue, but it will not protect against the breakage of the glass that can result from dropping onto a hard surface. 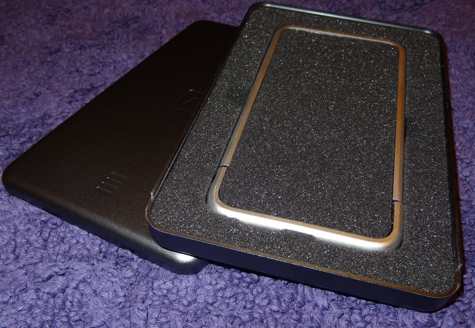 One of the best features of the aerospace aluminum iPhone bumper is the ease of assembly – the two segments clipping together with a satisfying snap and holding securely in place without a screw or glue in sight. As such the removal is similarly easy, the plastic buttons on the side being depressed as the segments are separated and the case can be re-attached at any point.

The stylish design does not detract from that of the phone itself and swipes from the slide of the display are easily accomplished. The matte finish to the bumper ensures that it is much easier to grip than the slippy surface of the iPhone itself and the risk of dropping the iPhone is therefore considerably lessened. The included mPact film is easy to attach to the glass display and protects the screen from scratches, but like all screen protectors does reduce the visual appearance of the display. 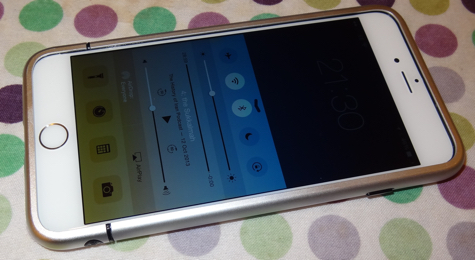 The mute switch, volume buttons and power button are all protected with black plastic covers that retain the function of the original buttons. In providing protection to the exposed buttons they function successfully, but the volume buttons in particular can be rather stiff and therefore occasionally fail to register when depressed. 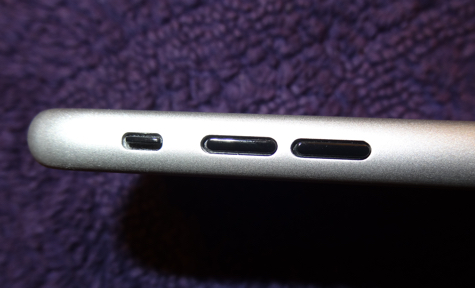 Being made of aluminum the bumper is both sturdy and lightweight but represents only a small footprint and is therefore relatively unobtrusive when protecting the phone. The bumper fits snugly to the phone with only a minute gap between the bumper and the phones itself. Thus, the lightning port and headphone jack are readily accessed and should enable most docks to be used without the case being removed from the iPhone. It is also worth noting that the occasional removal of the phone from the case is necessary to cleanÂ the dust and detritus that can sneak through the gap to prevent any scratches.

The aerospace aluminum iPhone bumper is definitely a top of the line case, and as such is not the cheapest case available, but as a protector for your expensive and shiny iPhone, it is both reliable and a good investment. In three weeks of continuous testing the design and footprint of the bumper meant that it almost becomes unnoticeable – a testament to the quality of the product itself.