As someone who grew up playing the Nintendo Entertainment System (NES), I have very fond memories of this game controller. Remember, this came out right after the Atari Joystick so the NES controller was radically different. There have been many companies offering NES style controllers that work on modern computer gear for many years but the NES30 gets much of it right.

As for the look and feel, this is, for all intents and purposes, an NES controller. And that is a very good thing. If a company says they are making a product that is a reproduction, you want it to be as faithful as possible to the original. The NES30 is just that; it feels just like an actual NES controller. I have NES controllers in my house, so I compared the two, which you can see in the pictures below. 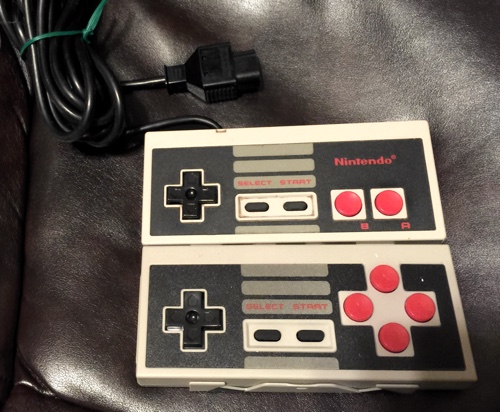 They are NES controllers. Except, hold on, there are four red buttons instead of two! Thatâ€™s not right? Well, yes, that is different from the original NES controller. The changes with the new controller are needed as many modern games need more than two buttons to play, and while it looks a lot different in a side-by-side comparison, you donâ€™t even notice otherwise.

The NES30 is advertised as coming with a stand. Itâ€™s there in the pictures, clipped to the back of the controller. The stand, however, is pretty useless with anything larger than an iPhone 6Plus. Both my Kindle Fire HD 7 and iPad Air 2 tip over when using this stand. iPhones and Android phones are fine,but larger tablets wonâ€™t work with it. The stand feels very cheap and, by itself, is pretty worthless. But people buying the NES30 are not buying it for the stand, and as a â€œfreebieâ€ in the box, itâ€™s fine. 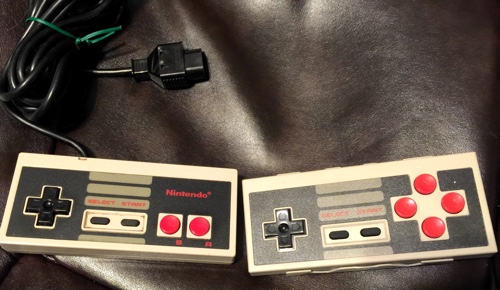 The NES30 is listed as being compatible with Bluetooth on iOS, Mac, PC, Android, and Linux. I tested it on Android, Mac, PC, and iOS. Without fail, the controller worked fine under each device. Set-up is a little clunky and you wonâ€™t want to lose your owners manual because you have to use different button combination to start the device in different configurations. For instance, if you want the NES30 to work with iCade, you power on by holding Start + A. If you want to start as a Bluetooth keyboard (for key mapping in your game) you start it by holding Start + B. Emu-Touch Screen? Start + X. On a PC, you can also just plug it in via the USB cable, and Windows (tested on Windows 8.1) and it just works.

Retro gaming is all the rage nowadays. People LOVE them some retro gaming, myself included! On the iPad/iCade, it is about as close as you can get to arcade feel. With the NES30, you can relive the late 1980â€™s, early 1990â€™s gaming scene with a well built, reasonably priced controller. It lasts almost 19 hours for me before needing a recharge, which is fantastic battery life.