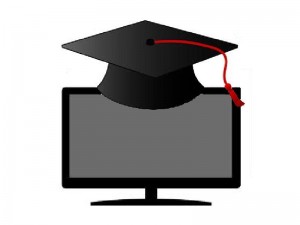 For quite some time various Apple watchers have been talking about an AppleTV as an actual television set. Oh so very high end with all the gizmos and gadgets and whirly-like features that Sony, Samsung, and so many others have been trying to cram into their TV sets with varying amounts of success. It would have 3-D! And 4K resolution! And connect to the internet to update your FaceBooks and Twitters (for your grandparents, their AOL mail), and Farmville statuses! It would connect to Skype and your front door camera you have out there to see the UPS guy delivering whatever stuff you ordered from the Amazons! WOW! The future looks BRIGHT!
Except I don’t see it happening like that. For one thing TV is about as good as it can be (Tim Robertson talked about this in a recent TechFan which you should be subscribing to). Sure you may get more pixels or brighter colors, but at the end of the day it’s a big box that sits in your living room (or wherever) delivering the content you want. The problem is, and has been for a long time getting the content you want in an easy way to find it, when you want to watch it. No Smart TV will make that easier because the interface is terrible and timeshifting content typically relies on external devices like DVRs that you have to program for the times that whatever you want to watch is broadcast to record it. Awful and inconvenient. Now throw in things like optical disk players like DVD and Blu-ray, or one or two game consoles and you have an unwieldy mess. Even having multiple HDMI inputs on your TV doesn’t help because you still have to deal with the TV’s user interface which is usually pretty bad. What is it that Apple can bring to the table that’s different (usually) from many other providers of similar services? How about a user interface that (usually) easy to understand, can be (usually) learned quickly, and (usually) makes sense.

People talking about Apple making an actual television are missing the big picture (so to speak). The screen is just a conduit for the content and it’s the content that’s important. Apple has content deals aplenty already, they just need a forward thinking content provider to understand that cable TV is on its last legs. Those that get on the ground floor of what’s to come (people deciding for themselves what content they want and at what time they want it) will be the survivors. Will all the current channels make it? Probably not, but they’ll be replaced by something better.
Eventually cable providers will primarily become just ISPs. Landline telephones are becoming less important as time goes on and cable TV as a service is one major content provider away from being insignificant if they’re smart and start latching onto premium subscription services to individuals. Is anyone else tired of being told they’re giving us HUNDREDS of channels of which less than 25 are watched on a regular basis? So that’s 2 out of the 3 main services cable companies provide (home security and/or fire-smoke detection being a lesser known service many provide).

Meanwhile with iTunes (love or hate it), Apple has been gathering credit cards securely for over 10 years and a lot of people seem very comfortable with ordering ala carte content of all types. This makes Apple one of the few (along with the likes of Amazon, eBay, and perhaps a few others, though Amazon is probably the closest) companies with a built-in audience AND the ability to easily bill for whatever services they are allowed to sell.

Frankly I would be disappointed if Apple actually tries to sell a TV. What we need is a better box to connect the TV to. The existing AppleTV is cute, but not suited for what I think Apple will do. A box with 2-4 HDMI inputs for things like a Blu-Ray player, or a game console or two, and a smart remote to managing it all. NOT the chiclet remote it has now, but possibly an app for smartphones (with the same app sold for Android, Windows phone, or any other major smartphone OS as time goes by) with downloadable setups for all the different types of devices that can connect through it.

It’s a win for Apple with their 30% (though I get the feeling that would have to drop to give providers more on their end) cut on top of hardware sales, it’s a win for content providers (the good ones anyway) as they would only have to deal with a few companies instead of the multitude of cable providers, it’s a win for other types of hardware makers that would no longer have to design the multitude of remotes (badly in most cases) and just make an app for each box maker or smartphone OS (easily updated), and for most people a win as it COULD drastically drop what they pay for content each month as they just get the channels they want (most would be free paid for with ads as they are now OTA). The only potential loser may be current cable TV providers though they would probably jack up their pricing for internet access.

We don’t need Apple to make a smart TV, we need them to make TV smarter.