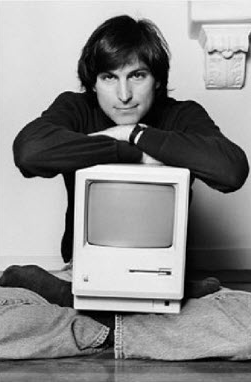 As a writer, who later became a podcaster, I am not one usually at a loss for words. This time, however, I feel adrift. That nothing I say on the matter of Steve Jobs passing away today really means a whole hell of a lot. What can I say about the man, whom I have never met in person, but who had such a profound effect on who I am today? What could I possibly write that could establish the depth of sorrow I felt when I read the news, and visited the Apple.com website to confirm it? Steve Jobs has died.

I should not be surprised. He had a very public battle with cancer, and as both a publisher of a Apple-focused website, and a long time host of various technology podcasts, I have spoken many times on this subject. I should have been prepared for this day. I was not.

When Steve Jobs stepped down as CEO of Apple, Inc. a month ago, and a lot of others were arguing that his decision was based on his failing health, I refused to believe it. I took the stance that, yes, it was health related, but he had to quit Apple so he could get better. That eventually, he would return in some fashion, make an appearance at some Apple event to showcase a new product, and receive a long, standing ovation. Steve won! Steve Won!

Today, we all lost.

As I write this, I sit in a hotel room, hundreds of miles from home. Alone, with my MacBook Pro in my lap, typing these words, and wishing I could just be at home to talk to my wife, face to face, about how I feel right now. Thatâ€™s what most people do when they get bad news, and for me, personally, this is very bad news.

Steve Jobs was more than just a CEO of Apple. He was a visionary, at a level that most of us cannot even fathom. He lead Apple, and changed the world. And not in a small way, but in a way that will be felt for generations to come.

Thatâ€™s not why I am sad and feel adrift. Perhaps itâ€™s selfish, but for some reason, I always wanted to create something myself, and in some way change things. Make a difference. Do something worthwhile enough that if I did meet Steve in person, he would know who I am. And tell me I did a great job, or built something insanely great. Now, I know, that will never happen. And had Steve lived to 100 rather than 56, it probably would still never happen. But thatâ€™s what dreams are for, and in a world with no Steve Jobs, that is one dream I have to let go.

Steve Jobs changed everything, and I would not be who I am today without his vision, leadership, and the force of nature that he was. I will forever cherish those memories of sitting in an Apple keynote, watching him in person change the world. Sitting not three feet from him, making eye contact, and nodding his way. It meant nothing to him, but meant a lot to me.

Goodbye, Steve. We will miss you.

One thought on “The Passing of a Legend”