PowerSkin for Apple iPhone 4 (AT&T and Verizon)
$79.95 US
PowerSkin 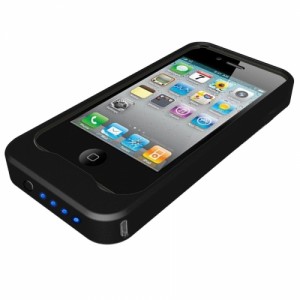 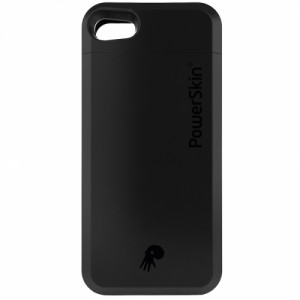 Apple’s iPhone 4 has more battery life than its predecessors, but for many people, more is never enough. PowerSkin for iPhone 4 is a case-cum-battery that will provide lots more juice, as well as protect your precious iPhone. The Weeks Division of MyMac Labs took one out for several days of test-driving. Here’s what we found.

We tried the PowerSkin both ways. I found I preferred simply leaving the PowerSkin on until it was discharged. I’d then run in the iPhone internal battery until it was low. At that point, I’d plug in the (included) USB cable to my MacBook Pro, and charge both the PowerSkin AND the internal iPhone battery together. Naturally, this takes longer than charging either one individually, but as I generally charge my iPhone at night, the additional time was not a problem for me. A depleted PowerSkin does require more charging time than a depleted iPhone, simply because the battery capacity is 50% greater.

The $64,000 question is “how much more usage time do you get with the PowerSkin?” I hate to say that your mileage may vary, but that’s the only honest answer, as individual usage habits are so variable. My usage patterns leave me with an internal iPhone battery at roughly 20% after a day’s worth of calling and Internet, so I recharge every night. Starting with a fully-charged iPhone AND PowerSkin, I could get over two and one half days worth of usage before need to recharge. This extra battery life tracks closely with the 50% increase in capacity of the PowerSkin compared to the stock iPhone battery.

While I loved the extra battery life, I was not as crazy about the ergonomics of the unit. The PowerSkin is made of a grippy material that makes it very easy to hold. Unfortunately, that same grippiness prevents it from sliding smoothly into a trouser or shirt pocket. The PowerSkin also makes the iPhone bulkier, and I could not fit the PowerSkin into the front pocket of the dress shirts I wear at work.

Unfortunately, I found both the Sleep/Wake button and the volume buttons noticeably harder to press with the iPhone in the PowerSkin. The extra pressure needed to depress the buttons proved to be annoying as I spent more using the review unit. Fortunately, the iPhone’s Home button is not covered, so at least this critical button work normally.