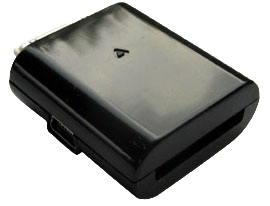 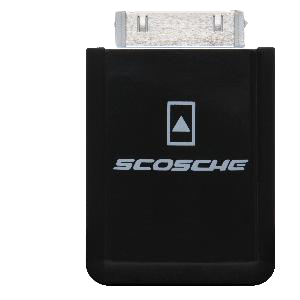 I was a Day One iPhone purchaser, and I loved it from the beginning. When the 3G iPhone was introduced, I was able, barely, to resist its siren song. I told myself that long wait times for some of my most-visited web sites to load was OK. I told myself that the fair-to-middling accuracy of the Map application without GPS was acceptable. iPhone version 1 forever! However, a good friend let me use his 3G iPhone for a couple of hours, and the siren song grew louder. I was able to resist for one reason only.Â Apple, in its infinite wisdom, changed the dock pinouts; original iPhones use 18 volt (FireWire) power, and 3G iPhones use 12 volt (USB) power.

I have several accessories that connect to the iPhone via the dock adapter for both charging power and control, the BMW iPod adapter being the most important. If I connected a new iPhone to the BMW iPod adapter designed to work with Firewire-based iPods and original iPhones, the new iPhone can be controlled via the car stereo controls, but it will NOT charge.

This was a deal-breaker. No in-car charging, no 3G iPhone.

In an outstanding example of synchronicity, two manufacturers announced charging adapters that allow older iPhone accessories to charge new 3G iPhones. Now being able to charge from my old accessories, I succumbed, and bought a 3G iPhone.

With the new iPhone, the Weeks Division of MyMac Labs put both charger adapters to the test.

You may still see the usual “this accessory is not made to work with iPhone” warning message, but this is not the fault of the passPORT. All it does is convert the 18 volt power to 12 volt power and pass through the various iPhone/iPod control signals.

I tested the passPORT with the BMW iPod adapter as well as the i.Sound MAX iPod and MP3 Speaker System and it worked flawlessly.

CableJive’sÂ iPhone and iPod Charge Converter performs the same charging conversion, and it performs it equally well.Â One extra that CableJive adds is a mini-USB connector on the side of the converter. This allows the Charge Converter to power another USB device. Unfortunately, I did not have any devices which use mini-USB connectors available during the testing, so I can’t comment on how well Â this feature works.

I tested the CableJive unit on the BMW iPod adapter and the i.Sound boombox, and it performed flawlessly.

Conclusion. If you have a new 3G iPhone or newer iPod which use 12V USB current for charging, and wish to keep using your older iPhone/iPod accessories, both the Scosche passPORT and the CableJiveÂ iPhone and iPod Charge Converter will do the trick. The CableJive unit is getting a bit pricey at $37.00, and is six bucks more, but it provides a mini USB port if you need to power a second USB device via the Converter. The passPORT is a better value if you don’t need the second USB power port.

MyMac.com rating
Scosche passPORT 5 out of 5.
CableJive Charge Converter 4.5 out of 5