NBC Universal and News Corp. invested heavily in the new online video service Hulu in an attempt to take control of their digital media. NBC pulled their media from iTunes late last year fearing Apple’s continuing dominance in the content distribution space. But NBC is missing the point of digital media and Hulu will always fall short as a solution for digital distribution.

Looking at Hulu, it is a very impressive service. Although still in closed beta I was able to sign up early and get an invite. The selection is very impressive with NBC offering over 70 shows; that’s right 70, and 37 networks signed on the amount of content will keep anyone busy for a very long time. Brand new shows become available on Hulu about an hour after the show has finished airing in Hawaii. Already it has a massive amount of content, new shows are available much sooner then they are on iTunes, and it’s all free. Where could Hulu possibly fall short? 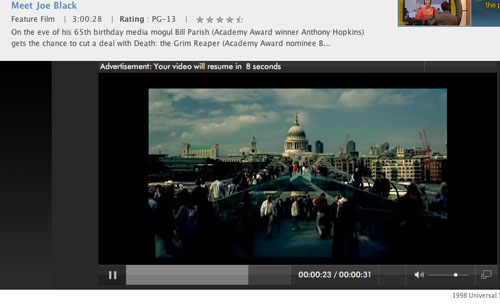 Hulu is representative of the studios hanging onto the old model. Granted it’s a step in the right direction but it’s really just a much improved version of youtube. Hulu falls short by missing the wants and needs of consumers. But they could fix the problems very easily. The model the studios should adopt is as follows;

Leave the steaming as it is

Hulu is a wonderful platform, and it’s a step in the right direction. It’s the perfect hub that studios can use to allow their customers to watch their media streaming from the Internet. Two factors of Hulu stand out as a step forward for online streaming content, the fact that shows and movies are not broken up into smaller streams so they can sneak more ads in. The benefit of creating a central hub for content is that I don’t have to go to four different websites to watch the content that I want. Hulu allows me to watch NBC, Fox, and all the studios that are using the service in the same easy to use sandbox. The biggest surprise about Hulu is the embed function, I can now embed full episodes of Family Guy or the Simpsons onto my blog or website, you don’t even need a Hulu account to watch embedded media. This is a shocking feature that I’d never think commercial television studios would adopt. 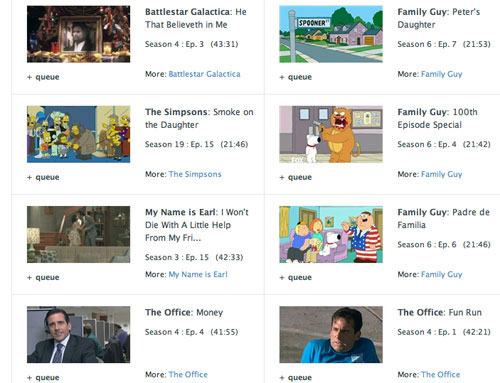 The studios have already opened Hulu up as far steaming flash media can allow. They should take it to the next step and allow users to download the content from Hulu directly. I wouldn’t mind if they left the advertisements in the video. I don’t mind the ads as long as they are short and I’m getting content I can use anyway that I want to for free.

The final step I’d tell the movie studios to incorporate into Hulu is support for RSS with enclosures. If I wanted to watch the Simpsons over Hulu I don’t want to go to the Hulu website to download it. I want the content delivered to me automatically. When I wake up in the morning I want my content ready to upload onto my iPhone or my AppleTV as simply as a Video Podcast can be uploaded now. There is no reason why amateurs can take advantage of RSS while the big studios continue to be left behind.

The studios are very close to giving the consumers what they want by taking advantage of the tools which are freely available and already in use by millions. The studios get their advertisement money by getting the maximum amount of eyes on their content. Opening up their content would also wipe out piracy since the only reasons consumers are forced to pirate content is that studios will not let us use it as we wish. Hulu’s partnership with Amazon Unbox makes my wish list seem almost impossible, which is almost criminal. They have a chance to take the final step and do the right thing for consumers and themselves all in one fell swoop, if only they were smart enough to see it.