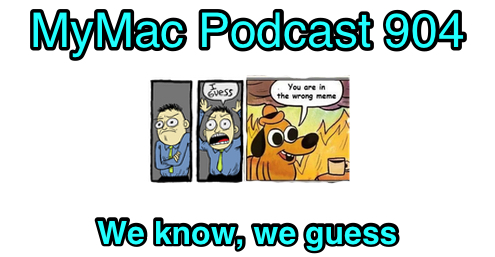 Sometimes bad audio is just bad audio and there’s not much you can do to fix it. So rather than not have a show last week, we (as in Guy) released it as is and Gaz’s audio sounded terrible. Guy will explain what happened and that hopefully this week it will be better, because how could it be worse? But apologies for all those who have such high expectations of this awfully excellent podcast. Now apparently Apple announced their September event is scheduled for the 7th which is a Wednesday and has Guy’s OCD greatly disturbed because it’s SUPPOSED to be on a Tuesday…according to Guy.

RSS Feed for your podcast app
Subscribe in Apple Podcasts