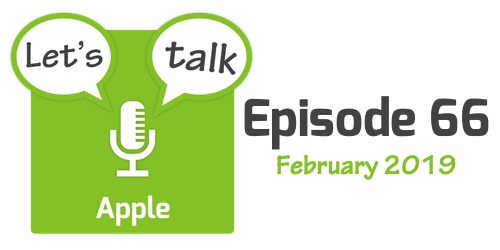 This month Bart is joined by Simon Parnell from the Essential Apple podcast, and Nick Riley.

The show starts with some followups to stories from last month’s show including the FaceTime bug, the abuses of Apple’s Enterprise Developer certificates, and the Project Titan Layoffs. That’s followed by a look at two legal stories, some notable numbers that made the news in February, and some Apple staffing changes including Angela Ahrendts’ departure. The three main stories are the Cellebrite iPhone hacking tools found for sale on eBay for $100, a bad month for privacy on Apple’s App Stores, and foldable phones. The show finishes with a quick run-down of some other Apple-related stories that made the news in February.