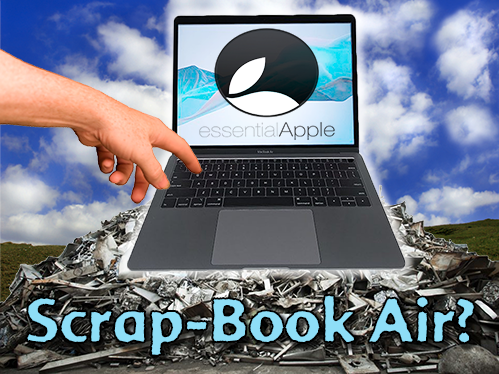 This week of course Apple had a keynote event in New York and revealed a host of items, some expected (iPad), some only hoped for (Mac Minis and MacBook Airs)… Also they had an earnings call – not something we tend to get overly wrapped up in on this show but there were a couple of points of interest. Unsrprisingly there wasn’t really much other news of note to us but even so we run extra long…

DONT FORGET THE JOE KISSELL OFFER… 30% OFF any Take Control purchase before November 30th with this linkÂ 30% OffÂ or use the code ESSENTIALAPPLE at checkout.
Why not come and join the Slack community? You can now just click on thisÂ Slackroom LinkÂ to sign up and join in the chatter!
We can now also be found onÂ Spotify,Â SoundcloudÂ and evenÂ YouTube.