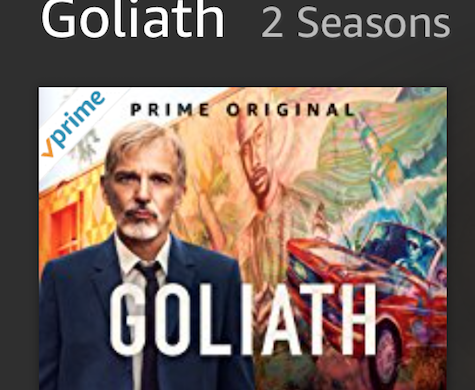 Season 1 was good. Entertaining and well-produced. Legal thriller with surprises to the very end.

Billy McBride is a boozy, tenacious lawyer involved legally and romantically with a Latina Los Angeles mayoral candidate who herself is the silent partner of a Mexican drug cartel gangster surgeon.

The plot mostly holds up through show number 6 (there are 8 of them). There are some gruesome, horrific, and kinky scenes that will turn off many people; others will stick with it. Show 7 has the worst first half, 32 minutes, I’ve seen on modern television. Boring, pointless, inane, and insulting to the audience. Billy is held hostage by a bunch of morons until he escapes through the back yards of a Mexican barrio. Outrageously unrealistic.

Why watch the final episode after that? The second half of 7 has a few good minutes, but that’s it. Show 8 is an unsatisfying conclusion. All the air had already been sucked out of the story. A scene of gratuitous sadism is the barbaric apex, followed by a flimsy fizzle and fade.

It feels like they needed to make 8 shows and barely had enough plot for 7; even then, that’s a stretch. You can read the critical comments from Amazon Prime members. Fasten your seat belts. Start with the 1 star reviews, which are from over 40 percent of the viewers. Thatâ€™s a lot of dislikes.

(Ironically the entire music and background soundtrack is excellent. Bit of a waste.)

There are very goodÂ series on Amazon Prime. Some of my favorites are:

Banshee (brutal and NSFW but something quite different)

It’s your time. You can’t get it back once it’s gone. There is no accounting for taste, but good taste and good writing are lacking in too much of Goliath’s second season.

Amazon Prime Membership is an easy way to get better prices when shopping, with faster shipping, free books and music plus movies, shows, and more. They made a serious error with this series.

If you want other positive recommendations, ask any time. I have loads of them for Netflix shows.