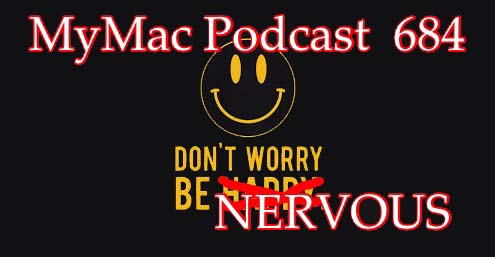 Just one more episode until we hit 400 shows! With this being that one more episode. Apple screws up royally on a number of fronts, and the GMen are NOT happy about the FCC’s attempt to destroy Net Neutrality…err..advance the cause of Internet Freedom…or something.

What with all the iOS moans and complaints, Bend it like Beckham and now this:

“Security is a top priority for every Apple product.â€
â€œAnd regrettably we stumbled with this release of MacOSâ€
“Our customers deserve better. We are auditing our development processes to help prevent this from happening again.â€

Directly from the FCCâ€™s page on the Restoring Internet Freedom:

The FCC has proposed to return the U.S. to the bipartisan, light-touch regulatory framework under which a free and open Internet flourished for almost 20 years. The FCC’s May 2017 proposal to roll back the prior Administration’s heavy-handed Internet regulation strives to advance the FCC’s critical work to promote broadband deployment in rural America and infrastructure investment throughout the nation, to brighten the future of innovation both within networks and at their edge, and to close the digital divide.

FCC Chairmanâ€™s official Fact vs faction page. Please have airsick bag close by as you read this

Office of the Chairman
Internet Regulation: Myths vs. Facts
Myth: Title II regulations are necessary to preserve a free and open Internet.

Fact: The Internet was free and open prior to the FCC adopting Title II regulations in 2015.

Fact: Among our nations 12 largest Internet service providers, domestic broadband capital expenditures decreased by 5.6% percent, or $3.6 billion, during the first two years of the Title II era. Title II also has hurt smaller providers ability to get financing and reduced infrastructure investment. In short, Title II has slowed broadband deployment and hampered the FCCs efforts to close the digital divide.

Fact: Title II is a regulatory framework designed to regulate the Ma Bell telephone monopoly, not to encourage new entrants into the marketplace. And a regulatory framework designed for a monopoly will tend to push the marketplace towards a monopoly. Smaller, competitive broadband providers do not have the same resources as larger companies to cope with increased regulatory costs and have scaled back broadband deployment as a result of Title II.

Fact: Title II put Americans online privacy at risk by stripping the Federal Trade Commission of its jurisdiction over broadband providers privacy and date security practices. Ending Title II will restore the FTC’s authority and return to a tried-and-true approach that successfully protected consumers privacy prior to 2015. It will put our nations most experienced and expert privacy agency back on the broadband beat.

Fact: The Commissions 2015 Title II Internet regulations have deterred Internet service providers from offering new and innovative services to consumers. For example, 22 small providers, each of which has fewer than about 1,000 customers, has told the FCC that because of Title II each of us has slowed, if not halted, the development and deployment of innovative new offerings which would benefit our customers.