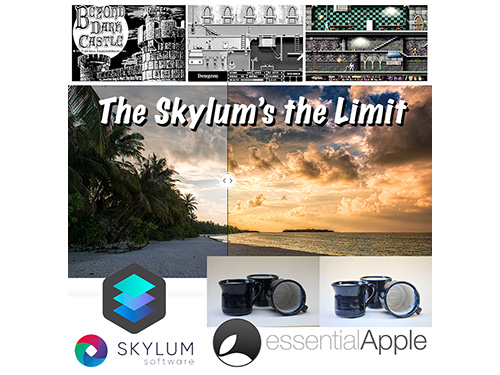 This week we are joined by Kevin La Rue of Macphun – now renamed Skylum Software, to talk about Luminar, Macphun photo software,the change to Skylum Software, Dark Castle, Silicon Beach and and as usual any other stuff that cropped up in the world of Apple and tech over the last week or so. Itâ€™s quite a long show as Kevin was keen to share with us, so get a brew, settle down and prepare to hear all about things heâ€™s been involved with all the way back to the dawn of the Mac!