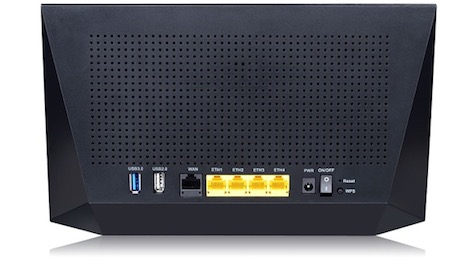 Wireless routers, the electronic traffic cops that send an Internet signal from your modem to other devices in your house, have become much faster and easier to install in recent years. Itâ€™s also possible to get very good performance at a modest price. The Kasda router I recently tested moved data between my modem and my iPhone, iPad and MacBook Pro quickly and reliably.

Best of all, it took no more than ten minutes to get the router and modem set up and talking to all the devices on my home network despite the awkward instructions that came in the box..

The Kasda KA 1900, like the Tenda router it replaced in my house, is designated 802.11ac/1900Mbps, which is the latest standard for wireless routers. There were many similarities between the routers. Both are made in China, both can transmit signals on 2.4 and 5.0 bands concurrently, and both have powerful antennas.

When I strip away all the technical specifications there are three things that matter most to me.

First, how clear was the documentation that came with the router? The Tenda won that one hands down.

Second, how fast does the router move data across my local area network, or LAN? This seemed to be a tie, which makes sense since they offer the same transfer speeds of up to 1900 Mbps.

Third, does the wireless antenna have enough strength to cover my entire house? Again there seemed very little difference between the Tenda and the Kasda.

The Kasda has multiple internal antennas and no matter where I moved my laptop computer or iPhone in the house or on my porch, the signal was always strong and reliable. My previous router was similarÂ but the range was slightly less dependable.

The Kasda, like my Tenda, has four Ethernet ports, but the Kasda in addition has a USB 3.0 and 2.0 port, enabling the user to plug in an external hard drive and move files across the network. While this is technically true, the procedure for getting the router to mount an external drive is convoluted and not explained in the productâ€™s documentation. Unless youâ€™re accustomed to tweaking a routerâ€™s default settings, ignore this feature.

The Tenda had only a USB 3.0 port plus the Ethernet ports. The Tenda retails for about $20 less than the Kasda.

The Kasda router worked seamlessly for streaming movies from Netflix and Amazon. 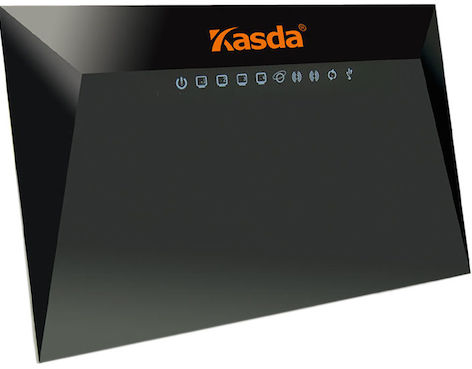 Kasda KA 1900 is an attractive device. Since the antennas are built in, theyâ€™re invisible and thereâ€™s nothing to attach. Many routers (Including the Tenda) have antennas that look like rabbit ears sticking out the top of the unit.Â  The Kasda is trim and its bright blue LEDs on the front panel make it easy to see the status of the routerâ€™s connections.

Either one of these routers isÂ fine for home use.