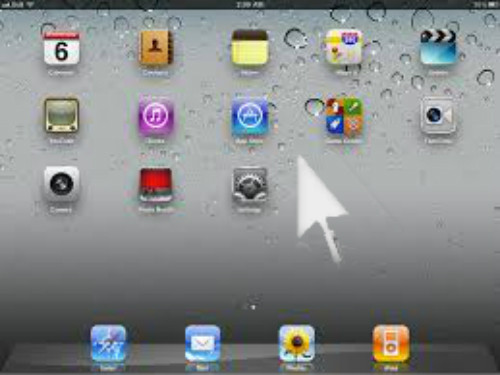 I recently had the pleasure (yes I said pleasure) of reviewing quite a nifty little device from a small company called Jide. A quick recap; this is a relatively tiny computer (called the Mini) that uses the Android OS, a mobile operating system based on the Linux kernel, as its starting point. While certainly far from perfection, it has most of the capabilities that probably 90+ percent of people that use or need a computer from home actually require. All in a small case that costs a mere $70. I wonâ€™t bother to go over the reasons why the Jide Mini also fails as a great alternative here (and there are many) because itâ€™s beside the point. The question isnâ€™t whether this is a great idea for Android, but if itâ€™s a good idea for iOS. At the end of it, my response isnâ€™t why, but why not?

In order for a desktop OS to be or become successful, a number of requirements need to be fulfilled to go beyond the â€œGee whiz! What a great idea!â€ phase. These are:

Despite the fact that the Mac is selling more units for Apple than they ever have before, the fact remains that when it comes down to whatâ€™s bringing in the cash, the Mac is a distant cousin when it comes to revenue at roughly 14% (about 7 billion out of the 52 billion in revenue) of Q1 of 2016. The vast majority of everything else earned is related to iOS hardware. More if you consider that most of whatâ€™s earned in iTunes is either related to or consumed on iOS devices. Even putting software or other services aside, iOS is king when it comes to moolah for Apple.

It should not come to a shock to anyone who follows Apple that they like doing things themselves when it comes to design of both hardware and software and this is now extended to the very processors that iOS devices use. Yes, itâ€™s an ARM chip just like those in other phones and devices, but with Appleâ€™s unique spin on how it works. Nearly everything else in the phone is more or less identical to other high-end phones but geared toward Appleâ€™s OS as compared to just cramming in every feature they can think of to see what sticks (â€œcoughâ€ Samsung â€œcoughâ€). â€œMostâ€ of the features of Appleâ€™s iOS devices work well because the design of the hardware and software is done in such a way that from the start that these features are baked in and ready to go when released. Doesnâ€™t always go as planned, but generally it does just work.

So whatâ€™s the point? The point is that Apple has created a new ecosystem of hardware and software that people seem to like and are willing to spend more on than competing platforms. Actual reliable numbers are hard to come by, but iOS is said to be anywhere from 13 to 42 percent of the global market, but probably in reality around 25% or so. Contrary to the wailings of Android fanboys, not every single person that owns an iOS device also owns a Mac (Apple Iâ€™m sure WISHES that were true), but in sheer numbers, Apple is one of the biggest makers of mobile devices (iPhones and iPads combined) in the world. Each one of those people now has a vested interest in Appleâ€™s ecosystem of content and apps. Apple has sold over 1 billion iOS devices. Even assuming that many of those sales are to repeat customers AND that only 1% of them might buy an iOS desktop computer, thatâ€™s still millions of potential customers ready to plunk down some cash.

When Steve Jobs first starting talking about the iPad, he said that it was actually the first product they worked on and not the iPhone. Considering that (according to Steve) they began working on this some 5-7 years prior to being released, this means there were many, MANY prototypes running around in Apple’s secret squirrel labs before the public got a look at anything resembling a finished product. Would it surprise anyone at all if Apple had a few ARM-based desktop machines running a version of iOS that had many features of a desktop machine? Wouldn’t surprise me that much.

iOS is an offshoot of OS X (as is much of the supporting software for Apple’s devices) so to add mouse or trackpad support would probably not be that big a deal for Cupertino. Better yet, existing users of iPads and iPhones could use the OS as well with a docking station or Lightning connector to a docking station. Imagine having the computer you use in your pocket available to use as a desktop too.

Consider that while retention is pretty high for iOS users year over year, if it was your desktop (or really only) computer as well as your mobile device, how quickly would you be willing to switch to a competing brand?

On the face of it, costs for development would most likely be pretty low. You would need probably two different kinds of iOS device docking stations: one for iPads and one for iPhones. Each should have a flexible bay to accommodate different sized devices. Then you would need a pure iOS desktop machine. Maybe even a laptop-sized docking station with a built-in screen.

None of these would be as expensive to create in comparison to say a newly designed iMac or OS X laptop since most of the computing power is in your portable device. If sold at even half the cost of a Mac equivalent, the profit for Apple could be huge. More importantly, it could lead to a potential rejiggering of Apple’s computer line. If they sold well, how much effort would be needed for the Mac line and many of the Macs we use today could be mothballed. These would be the sports cars as compared to the trucks of the Mac. So iMacs mostly wouldn’t be needed or just a single model. Most Mac laptops other than possibly the “Pro” line could be eliminated as the iOS versions of the Macbook and Macbook Air would take over the low end of the line. If there was a pure desktop model of the iOS computer, the Mac Mini wouldn’t be long for this world either. Less models equals more standardization across the line, lower development costs, and more profits.

To prevent a mass panic from existing Mac users, most of the user interface from OS X would be available on an iOS computer but simplified. A simple file manager perhaps based on documents or content type vs applications (selecting a document would show you all available apps for opening it present on your system). The file manager wouldn’t list applications but have folders for the types of documents that most people use. The user could sort these documents by date or project or even create a folder to put in documents for a particular application.

When docked or from stand alone devices, the mouse icon (controlled by a trackpad, mouse, or other type device) would act like the finger or Apple Pencil and allow for opening apps or app suitcases as well as typical UI functions as they currently do.

A Dock similar to what is on OS X would also only work when the iPhone or iPad for open applications or with an onscreen icon. When used as a desktop, the OS could run apps in a windowed mode to allow for multiple apps to run at the same time and their screens to be seen in the background though full-screen mode could also be an option. When used as a mobile device, they would run in standard full window mode. Nearly everything else currently used in iOS would still operate as it does now.

Developers or at least most of them would have to change the way their apps work to allow for (when needed) menus to appear on the top of the window the application is running in order to provide for greater functionality. For some apps that have most of their tools onscreen, these menus could mostly just be used to quit the application, to open a new or previously created document, or to print, save, or send online or over a network to another device. Those documents that can’t be opened or edited by the application would not appear.

Docking stations, whether through a wired interface or with the iOS device inserted, should have some of the more standard ports used at the time of release. USB 2/3/C, Thunderbolt and Lightning (very very frightening!), as well as an ethernet port, audio ports (though they may be done away with soon if the rumors are true about Apple removing them from iOS devices), and an HDMI port to connect to nearly every monitor or TV currently being made.

As said earlier three types of docking stations could be made. One for iPhones, one for iPads, and a simpler one with just a hub-like connection to whatever the next gen’s device may have instead of a Lightning port.

A laptop style one could made with iPads for a screen or a built-in docking station and monitor for an iPhone.

Just like with the iPod before it, the vast majority of people that use iOS devices are not on Macintosh computers. The high cost of admission is probably the biggest hurdle. iOS desktop computers could likely cut that cost in half with Apple receiving their customary high margins on both the iOS device and the supporting hardware to turn it from a mobile device to a desktop computer. AnyÂ losses from a non-Mac sale could be made up from what is potentially the biggest target audience that Apple has ever seen. Not hard-core Apple users, but those who have bought into iOS already with purchases that don’t easily transfer to other platforms including iOS applications and other content purchased from iTunes.

Instead of having a mobile device that has to be managed from either a Mac or a Windows PC or through a wifi connection, their mobile device truly transforms at their will to also be the only computer a typical user actually needs.