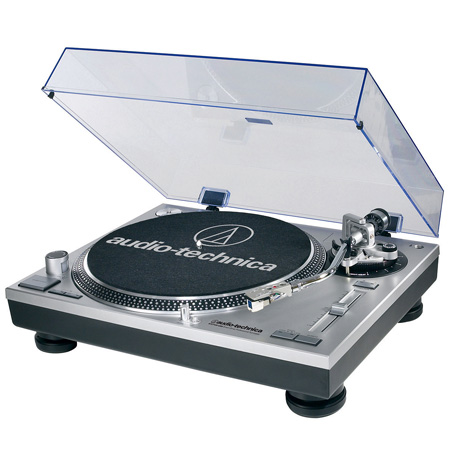 I grew up in the 1960s and 1970s, when the album, or LP, was the physical musical format. During those years, and beyond, I accumulated hundreds of albums and 45s, which are smaller versions of albums, usually containing one song on either side and played at a faster speed.

Fast forward to present times, when the music format most people choose to listen to is digital, either streaming or purchased MP3 files. I have thousands of digital music files on my computer, but I also wanted the songs from my albums in digital format without having to purchase them again. And, I really wanted to listen to my albums. For that I needed a turntable. The AT-LP120-USB Turntable.

Whatâ€™s In The Box and Set Up

Be prepared: the AT-LP120-USB Turntable (AT-LP120-USB) is no lightweight. I was able to lift and maneuver the large box after the nice FedEx man brought it into the house for me, but it may be good idea to have another person available for placing the AT-LP120-USB in your location of choice.

It took me just over an hour to unpack all the pieces and set up my new turntable. Each piece was packaged very securely; nothing was flimsy or unsubstantial.

In the box is a detailed set up guide, explaining how to put your new turntable together. I followed along, step by step, until it was time to set the anti-skate and tone arm assembly height. I was lost. Could not figure out what the directions meant. Being a visual learner, I turned to YouTube, where I found helpful set up and use videos. Problem solved, and my turntable was ready for some action.

Once the AT-LP120-USB was configured it was time to learn how to use it. Itâ€™s not like my record player from days of yore, where I put an album on the spindle, and pressed the play button.

The AT-LP120-USB plays vinyl at 33, 45, or 78 speed. Simply press the button to choose the appropriate speed. A handy popup target light helps users place the needle in the right location on the record. A slider offers variable pitch control with quartz speed lock. Not a feature I tested, as itâ€™s used mostly by DJs. If you do adjust the pitch, a row of red lights appear on the platter to signify the speed of the platter.

Music To My Ears

Playing my first album was almost a religious experience. I lifted the dust cover, pulled out an album at random, then placed it on the platter. Turned the power dial to On, placed the needle on the first track, then pressed the Start/Stop button. It was music listening how I remember it: an indescribable pleasure; singing along, reading the liner notes, thinking of where I was and who I was with when I first heard the songs. All feelings that canâ€™t be replicated with digital music.

The AT-LP120-USB includes a forward/reverse button. Just for fun I played two songs backwards to hear the â€œbackwards messagesâ€ I had read about online. And they were there! On Cheap Trickâ€™s album, Dream Police, the song, â€œGonna Raise Hellâ€ has the backward phrase: â€œYou know Satan holds the keys to the lock.â€ Also, from the J. Geils Band, â€œNo Anchovies Pleaseâ€ from Love Stinks: â€œIt doesnâ€™t take a genius to tell the difference between chicken sh&t and chicken salad.â€ Totally made my day! 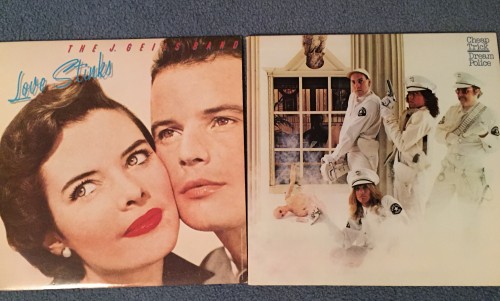 Iâ€™ve been digitizing a lot of my albums while listening to them. Audio-Technica includes Audacity software with the turntable. If you choose to use it, download it directly from here, which is the newer version. I prefer to use Audio Hijack Pro for that task. Itâ€™s personal preference; use whatever software works for you.

Few, if any, turntables are perfect, and this one is no exception. This is a manual turntable, meaning the user has to pick up the tonearm and place it on the album, then pick it up off the album after the last track. No worries, though; the needle won’t be damaged if the platter continues to spin.

The RCA outputs are permanently connected to the back of the turntable, which could be a problem if the cables stop working.

Thereâ€™s no headphone port on the AT-LP120-USB, but there is a workaround, albeit not a very good one. Different headphones/earbuds get different results. Using my V-MODA over-the-ear headphones, I connected its audio cable to the 3.5mm female stereo adapter cable on the turntable. I did the same thing with the Apple Earbuds and SnuggBuds in-ear buds. While I was able to listen in all three cases, the sound quality and volume varied. Thereâ€™s no way to adjust the sound, plus it feels clunky, so I recommend not even bothering. Enjoy the music through a good speaker or sound system. However, if you prefer to listen through headphones, a headphone amp like this would be helpful.

According to the Recording Industry Association of America, more than 13 million LPs were sold in the US in 2014, the highest amount in 25 years. In other words, vinyl is making a comeback, and Iâ€™m thrilled. Iâ€™ve had such a good time using the AT-LP120-USB Turntable. It was designed as a DJ turntable, but you donâ€™t need to be a DJ to enjoy the quality, sound, and reasonable cost. If you love your vinyl collection as much as I do, or simply want to digitize your records, you wonâ€™t go wrong with this turntable.