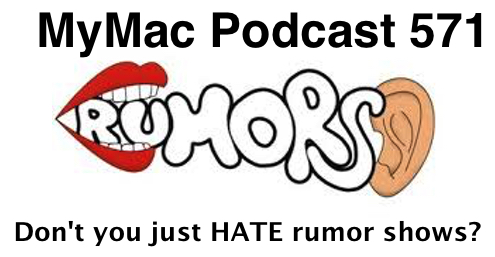 Gaz and Guy are back together and end up with a really long show filled with rumor nonsense. Which turns out to be a regular show with them talking about rumors. Also, Pennsylvania hijinks, pressure washers, typical mostly already known UK sayings, and links to videos of stupid people being arrested for being stupid in cars! Thankfully Guy and Gaz are rarely in a car together so theyâ€™ll probably be back next week.

Links:
No significant ones this week
Other stuff:
Guyâ€™s App Pick: Not an app pick but a funny video of people feeling entitled and getting arrested for it.
Gazâ€™s App Pick: Pocket. Put articles, videos or pretty much anything into Pocket. Save directly from your browser or from apps like Twitter, Flipboard, Pulse and Zite. If it’s in Pocket, it’s on your phone, tablet or computer. You don’t even need an Internet connection.
Peopleâ€™s Pick: Joshua Martinez
Skinomi TechSkin for ï£¿ Watch

Hay MyMac Podcast peeps! I wanted to share with a product that I am enjoying after getting my ï£¿ Watch face repaired, Skinomi TechSkin. So far I have had one on my 42mm Sport for about a month now and it keeps scratches off the face of the watch. Amazon has a some pretty good deals on them for a six pack.