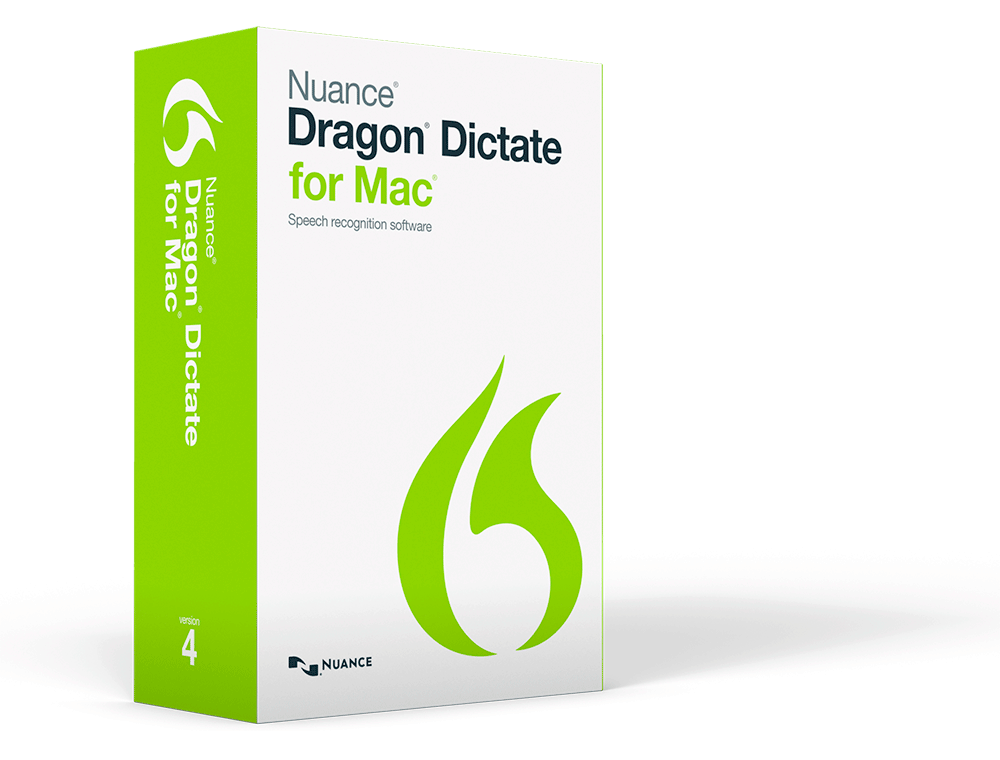 Times have finally changed for Mac users when it comes to dictation on the Mac. It seems that the Mac has always been the Johnny-come-lately to the party as far as dictation was involved. The first time that Mac users could finally say that proper dictation had arrived was when Nuance offered Dragon Dictate for the Mac. Since then Apple finally provided their own version of dictation when they offered up Dictation in the Mountain Lion version of OS X.

Nuance has updated Dragon Dictate for the Mac to version 4. Itâ€™s taken them 2 years to provide the latest version to Mac users. To use Dragon Dictate 4 for Mac, you have to have an Intel based Mac,Â  (sorry, no Power PC Macs for those of you still using one) running OS 10.8.3 or 10.9 and a minimum of 4 GB of RAM. Now you donâ€™t just sit down and begin to dictate without first teaching Dragon Dictate to learn your individual voice. You do this by providing the software with a sample of your speech so that it learns what your voice sounds like and your way of pronouncing different words. To input your speech, you will need to utilize a USB or Bluetooth microphone, your Macâ€™s internal mikeÂ  or by using an IOS/Android device using the Dragon Remote Microphone app. For my tests, I utilized the USB microphone VOIP headset with mic that I had on hand.

Setting up Dragon Dictate was not hard, nor was it long and cumbersome. I immediately noticed that it was a lot faster then the previous version, v 2, that I had used. Once I plugged in the USB microphone and selected it, I just followed the directions on installing the downloaded version.Â  I registered the software as required (more on that later) and followed the instructions on using the microphone. I began creating my voice profile. The Voice Profile itself only took me several minutes to read through the paragraph as provided by the software, providing a sound level and voice training for the system to utilize. As you are reading and the system is learning, the words you have read will then turn green in the dialog box. If you follow the directions, read the paragraph to include punctuation, you should be up and running in short order. Since I am the primary user, my profile was all that I needed.Â  If other members of your household want to utilize Dragon Dictate after youâ€™ve installed it and created your profile, they too would need to create a profile. I was also able, as the only user, to install Dragon Dictate on my Macbook Pro and copy my initial voice profile over to the Macbook and begin to utilize the software immediately.

The thing that really makes Dragon Dictate a great product to work with is the ability to verbalize the command to â€œopenâ€ an application. A good example is the ability while using Dragon Dictate to speak â€œOpen Mailâ€ and Appleâ€™s Mail application opens. Nuance has also updated the software to work more closely with Gmail. You can then speak â€œClick Composeâ€ and a new message opens, which you can then follow up by speaking your text and end by telling Dragon Dictate to Send Message. I found it much more efficient to say â€œOpen Linksâ€ select the numbered link that I wanted and say â€œChoose link 42â€ for example to compose and email.Â  Understand that you will still have to work with the system as Dragon Dictate does not understand a pause within a sentence so you would have to say â€œcommaâ€, â€œsemi-colonâ€ or at the end of the sentence say â€œperiod.â€ There are still those times that you will still have to work with your hands to move a cursor to where you want it or to open an application, but overall the ability to utilize speech is an absolute pleasure. There were very few apps that I could not open by speaking â€œOpen XXXX.â€ The ability to utilize both the application on the Mac and the IOS version, just in case an idea pops into your mind while on the road or not at your desk, makes working on a project or sending an email so much easier.

Dragon Dictate has added a transcription feature, which, if you are the one making notes using a smartphone or a digital audio recorder, will make your life a heck of a lot easier. What you wind up doing is setting up a new profile for transcription in addition to the one youâ€™ve already created for yourself. Now working with my iPhone, I recorded dictation for the required 90 seconds for training purposes and using Dragon Dictate, it asked if I wanted to open it, I did, and a transcription of what I had read appeared in a dialog box, sans punctuation. Now I sat there and clicked within the text and that area became highlighted and I could either accept it or ignore it. When you do find errors, you just type in the text box and change the text. This also helps train Dragon Dictate to properly handle your transcriptions.

Now I downloaded a My Mac podcast (TechFan 160 as a MP3 file) and because there is music within the opening of the podcast, it was immediately clear thatÂ  I would need to make quite a few changes to the text. The other thing that you immediatelyÂ  notice is that there is no punctuation so you will have to go in and make the necessary tweaks to make it more readable but it does make it easier for the most part than having to sit and type everything.Â Â Of course, having Tim Robertson speak in his normal rate of speech caused a few more corrections to be done. The image below is what originally appeared when I imported it into Dragon Dictate.

I then downloaded an audio clip where the speaker was taking their time, basically reading a prepared speech and there were only a couple of corrections needed. Now before everyone thinks that they can use Dragon Dictate in an environment where there are multiple speakers, that is not going to happen, at least not right now. If Nuance continues to work on and improve Dragon Dictate, that may come to pass.

The more I used Dragon Dictate 4, the more I like it. I was really amazed that there was very few items that caused me any issues other than the fact that when I decided to try out different microphones to assess the flexibility of the program, I did run into a bit of a problem. I thought I would update and purchase a new headset, a Logitech H390, thinking that per information on websites that it was being used by PC users with dictation software it would be fine. I was wrong on that point. It would not work for audio input with Dragon Dictate on either my 2011 Mac Mini or my late 2012 MacBook Pro, both running 10.9.2. I finally settled on using that VOIP USB headset that works perfectly on both units. I did return the Logitech headset. The Nuance website that lists compatible headsets for use with Dragon Dictate is in need of updating as quite a few of the listed items are no longer available and some of the items are by companies that Iâ€™ve not heard of before.

Is the program 100% accurate all of the time? Honestly, no. There are items that Dragon Dictate does have issues with when you are speaking. I would say treats and got traits; I finally figured out I just needed to take my time and once Dragon Dictate became used to me, the mistakes lessened. Itâ€™s a learning process for both the user and for the program. If you speak in a normal tone and at a speed that isnâ€™t too fast, you should do quite well with the program. The one thing that remained the same from version 2 for me was that I was not able to get Dragon Dictate to properly spell my last name when I dictate something and include my name. Iâ€™ve followed every recommendation/tip that I could find on how to take care of this; nothing worked. I was finally provided guidance that because of the name, to get Dragon Dictate to properly spell it, I had to train Dragon in a different way than what I had been doing. Rather then Walkowich, I trained Dragon by adding vocabulary and breaking my name down to â€œWalk a witchâ€ and combined with the proper spelling of my name, Dragon finally got it correct.

Two things I did learn in using Dragon Dictate is first, you cannot dictate in the address box of Safari or Firefox. Nuance does intend to correct this issue, no time frame given as to when exactly this will occur. Second, if you have â€œClickToPluginâ€ installed, make sure that when you install Dragon Dictate that you open up the ClickToPlugin extension, click the checkbox to access the settings and make sure that under Plugins, you check the box for the Dragon Dictate Internet Plug-In otherwise Dragon Dictate will not work.

My recommendation for those who may have issues with typing, medical or otherwise, or for someone who does do a lot of typing, is to consider the purchase of Dragon Dictate. The ability to sit at your computer and dictate a document, an email or whatever it is that you wish to do, is a tool really worth considering.

There were a couple of questions that I had in regards to Dragon Dictate that I asked Nuance to respond to if they would. First, why the price disparity between Mac users and Windows/PC users? The Mac price – $180, the Windows/PC price – ranges between $50 and $120, based on the version and where it is purchased.

The response from Nuance was:

Dragon Dictate for Mac, version 4, and Dragon NaturallySpeaking PremiumÂ have the same list price of $199. Although they may have slight differences inÂ features due to the different platforms that they run on, they both target theÂ mainstream user. Both Nuance and retailers will often offer sales on DragonÂ products. Dragon NaturallySpeaking, having a larger user base, does offer aÂ wider selection of versions than Dragon Dictate, with the features andÂ capabilities differing with each version (hence the different price options).

The second question was â€œWith the customer/user becoming more aware of their own privacy when dealing with the Internet and companies, the question arises in regards to Nuance’s privacy policy and its use of customer data. Basically the user is signing away any privacy rights of their own data when they are registering Dragon Dictate. What is Nuance’s response to those who may be wary of allowing this access and what systems does Nuance have in place to protect the users information? (particularly in light of the hacking of major companies “secure” systems and the theft of customer information). I asked this question because of Nuanceâ€™s Website or Product Usage blurb when you are registering Dragon Dictate as shown below.

Nuance takes its usersâ€™ privacy very seriously. The primary purpose forÂ collecting user information is assessing the use cases of our products, in theÂ interest of improving our core technology and the individual user experience.Â The information that people provide as part of their ongoing use of Nuanceâ€™sÂ Dragon desktop products furthers the technologyâ€™s capability to understand andÂ adapt to a personâ€™s unique voice, allowing for a more personalized and effectiveÂ experience with the product.

Microphone- USB or Bluetooth, the internal mike on your Mac, an IOS or Android device running the Dragon Remote Microphone app.