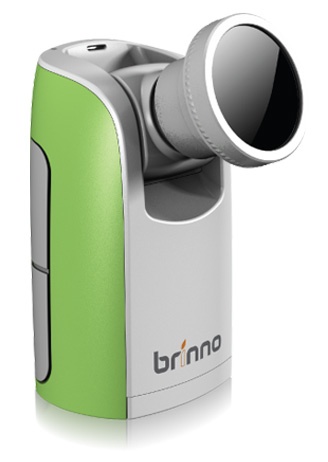 For the third year in a row I was hired by a client to capture an exposition event in central New Jersey. The event is fairly prestigious for the regionâ€™s landscape architects to show off their amazing skills. The client,Â Grounds Keeper Inc. of Matawan, NJ, likes to use my videos for their online marketing, email, and website.

In years past my client has spent an enormous amount of time, money, and effort making this expo a huge success for his business. The event requires months of planning, thousands of dollars in materials, and nearly four full days of his entire crew working ten hour shifts to set up his display.

Because this was the third time I was shooting the event, I thought it would be nice to do something a bit out of the ordinary. Why not try to make a time lapse video of the construction? After doing a bit of research I found the company Brinno. They make several cameras and motion sensors. Having never created a time lapse video before, I wasn’t sure which camera was best for the job so I decided to pick two and hope for the best. 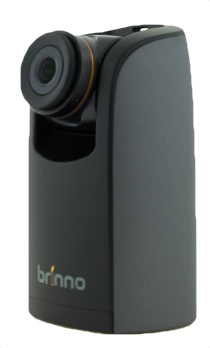 The Brinno TLC200 ProÂ (a review unit provided by Brinno) is the pricier of the two models and retail for $220. Its big advantage over the TLC 200 is its lens and ability to focus.

The Brinno TLC 200Â (purchased) is much more affordable with an MSRP of $130.

Both cameras came needing a firmware update. Although it wasnâ€™t a hassle to install I wasnâ€™t expecting I would need to do so, considering I got both cameras directly from the manufacturer. Both cameras are extremely light and portable, weighting about 5 ounces, and their dimensions are 2.5 x 2Â  x4.2 inches. I found the on-camera software very easy to use, but I didnâ€™t care for the interface. I did find myself hitting the wrong buttons on the camera quite often.

Setting the time and date was a piece of cake. The timer uses military time so you never can make a mistake with your start and stop times. Focusing on the TLC200 Pro however can be a chore. One of the things I disliked most about both of the cameras was the small size of the rear display. I found the display resolution to be very poor. It was very difficult to see what I was going to be shooting even with my reading glasses on. Moreover, it was nearly impossible to focus the lens on the TLC200 Pro due to the low-resolution display.

Youâ€™d think I am writing a bad review of these cameras but Iâ€™m not. Both cameras did exactly what I had hoped, and both my client and I were happy with the result. The small, lightweight camera sizes allow me to place the cameras just about anywhere on the expo floor, and in this case the expo ceiling. The most amazing thing about the cameras has to be the battery life. BothÂ cameras require 4 AA batteries that, depending on the setting, can last up to 45 days of shooting.

Below are two unedited video links, one from each camera, both shot at the same day and time.

If you compare the two videos you will note the wide angle lens on the TLC200 Pro captured much more on the scene I needed to grab. But I found the brightness, clarity, and focus on the TLC 200 to be much more appealing. I just wish the rear display had improved resolution so I could have framed the action better

When comparing the two I have to say I like the inexpensive TLC 200 much better. Because it does not have all the advanced exposure and focus settings it was much easier to use and delivered a very nice video. Add all that to the $90 cost difference and to me there is no question which one I recommend.

You can see my edited client videos here:

Here are the specs for all you camera geeks: