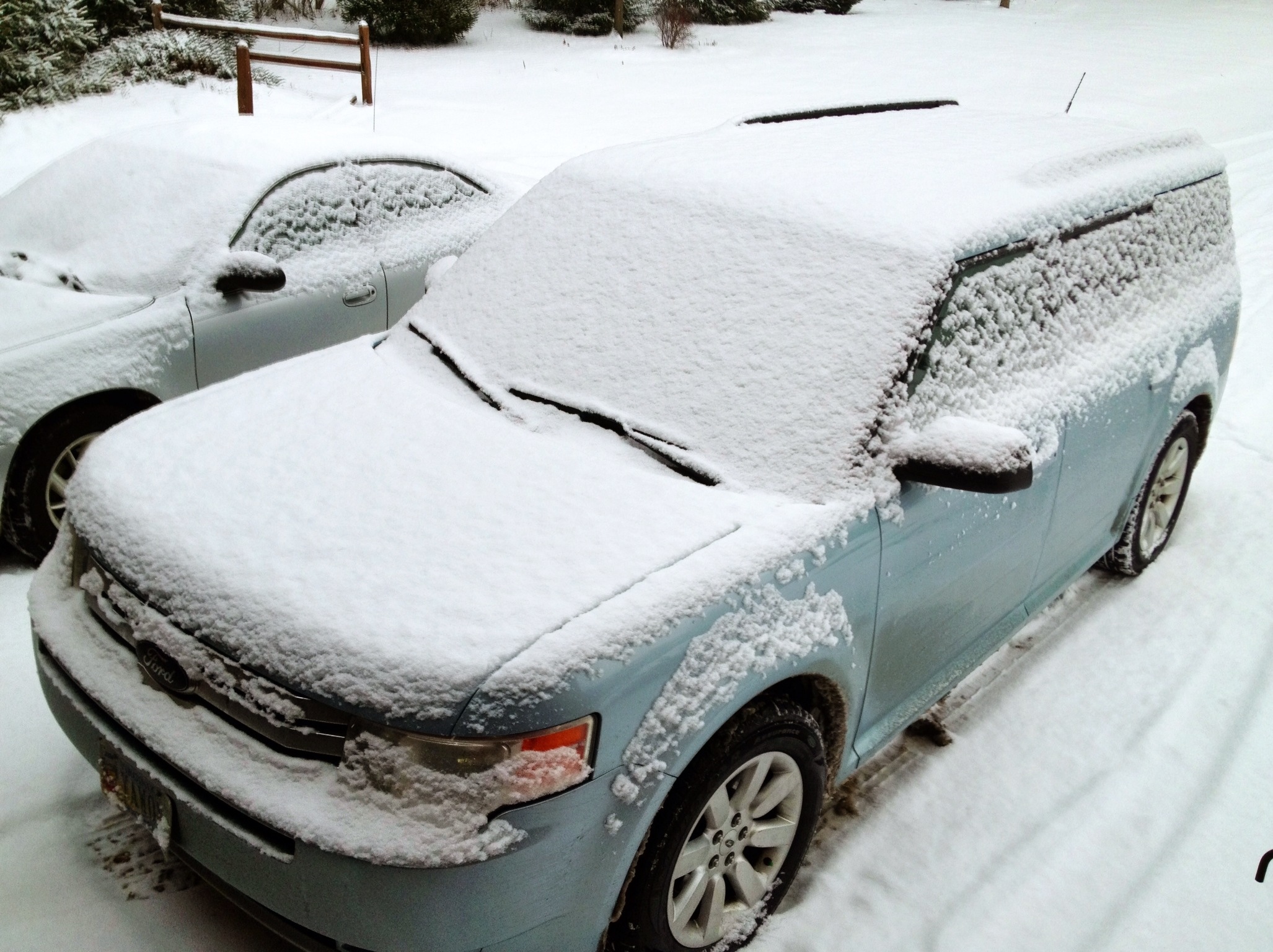 Contrary to popular belief, traveling is not fun. No matter what method you use, there are always hassles. Go by car? Traffic jams especially in the northeast corridor. Flying brings its own joys like dealing with the TSA and the potential for full body cavity searches (unless you’re into that kind of thing). You can probably go by train or bus, but that just takes too long. Trains can be fun, just not in the United States and buses aren’t any fun no matter where you live. In my case each year for the Macworld Expo I try to combine the worst of both worlds.

I start by driving from Northern Virginia to Ohio where I visit with good friends before going to Macworld. Sure I could just fly direct out of DC, but what would I have to complain about then? So ignoring that lack of logic (because that’s what I do), I starting driving toward my first destination on Thursday. I usually take the Pennsylvania Turnpike, but to be honest that road just sucks. Always under construction with trucks about 6 inches away from pasting you against a cement beam. So I took a different route for the first time ever. It actually was a nicer (though slightly longer) drive and I think it will be my default from now on. However to take a new route with a brewing snowstorm MIGHT not have been the wisest choice. I ended up not getting to my final destination until very late.

Where my friend Dave and his wife Joyce live is beautiful. He has a very nice 5 acre isolated stretch of property south of Akron but the roads can be treacherous in bad weather. Since we don’t have to go to many places, that’s fine though. We did do some traveling around for some groceries and for me to get a haircut to beautify myself for the Expo. I did have one little mishap while visiting though. They have a male cat named Autumn who I have seen off and on with various visits since he was a kitten. He typically is a very friendly cat except for…one…little…thing. He does NOT like to be picked up which I knew but had forgotten. So like the idiot I am sometimes I picked him up and for my act of stupidity I got scratched and bitten on my left hand. 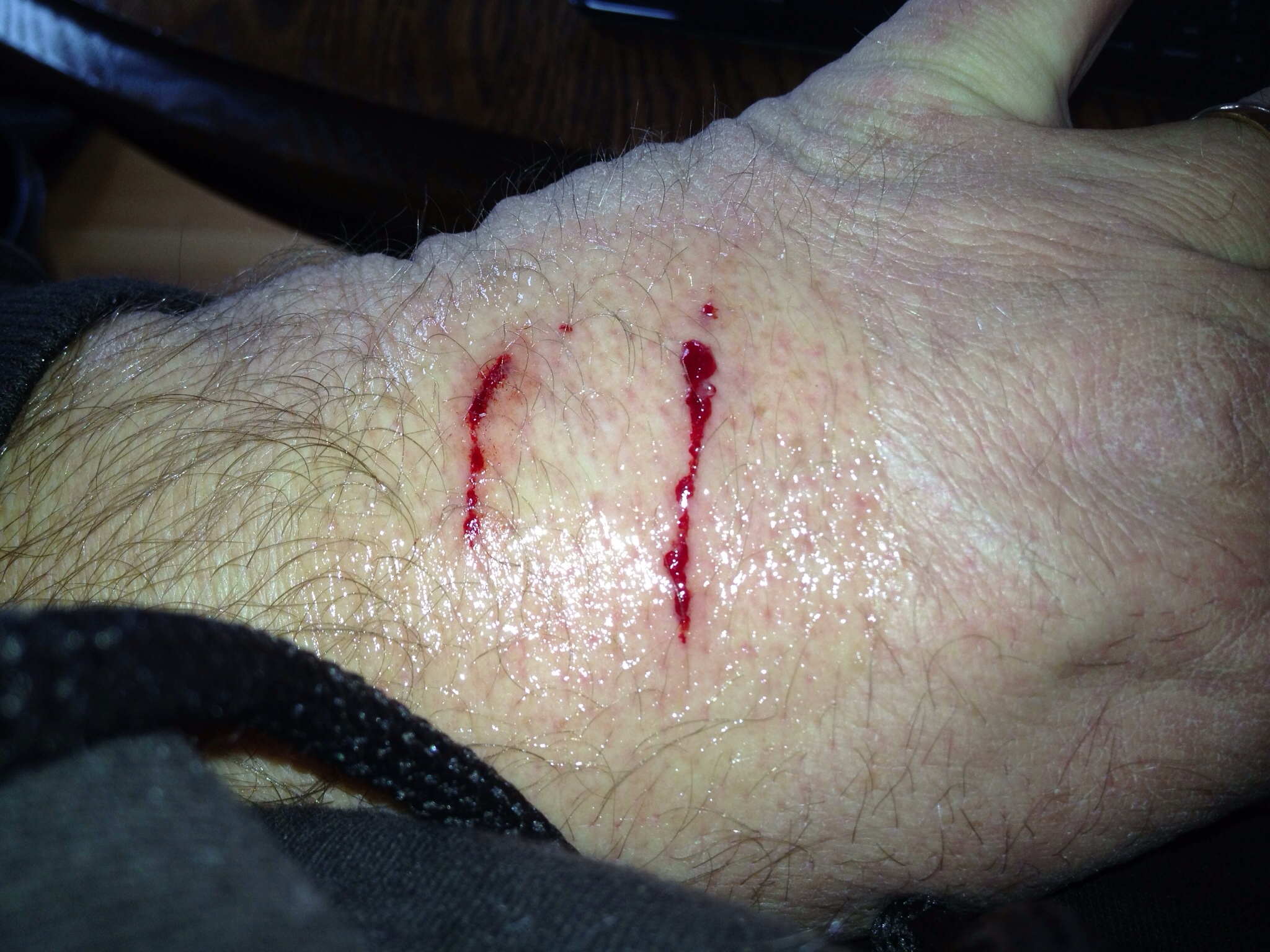 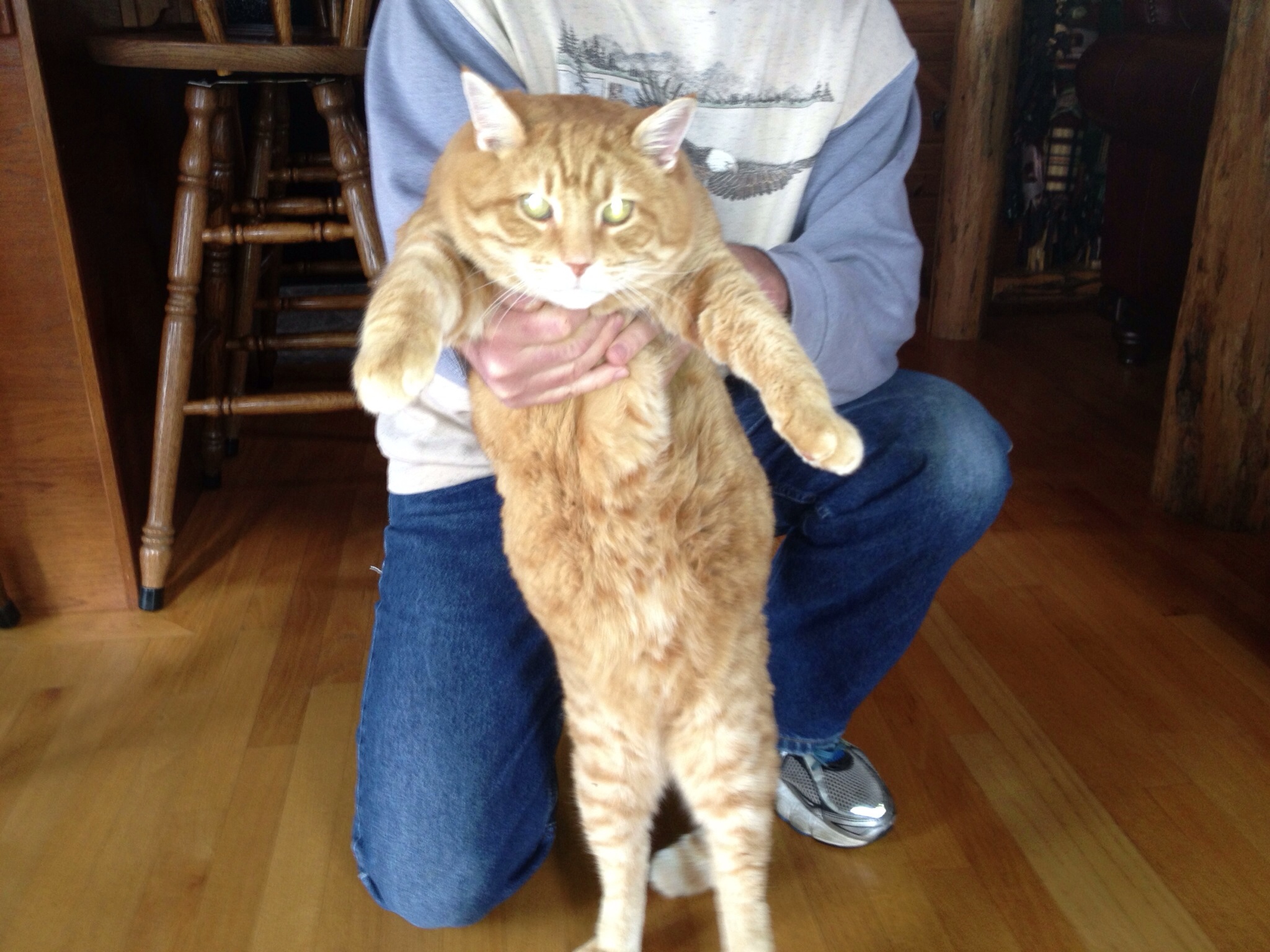 Temperatures have been very cold with it averaging around the low 20s with wind chills in the teens. Fortunately a steady supply of Crown Royal has kept my internal temperature much higher than that. Roads are covered with ice and snow so it has been slippery going when we did venture out. Good food and friends has made this part of the trip enjoyable as always and even though I look forward to getting to San Francisco it’s a little sad to say goodbye to all my Ohio friends.

Today is Monday the 28th of January and I’m getting ready to travel a small distance north to stay in a hotel near the Cleveland airport for my early morning flight tomorrow. I’ll leave most of my cold weather clothes here as I’m trying to travel as light as possible. Of course that means I’ll have to deal with the joy of flying with crowded planes, small seats, the TSA, and the lack of any control of my own destiny at 35,000 feet at over 500MPH in a pressurized metal tube. So nothing to worry about there.

As always though, I’m looking forward to seeing the writers that are coming this year to the Macworld Expo. An early “HELLO!” to Elisa, Julie, Vicky, and hopefully Owen as well as to our off-line support staff of John, Mark, and Fearless Leader Tim.