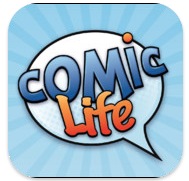 Years ago the iMac came with several third party apps preloaded. One of these apps was Comic Life. Comic Life, while no longer preloaded on Macs, is still a great Mac app that is available today. In simplest terms it is a program for making comic book pages. It has templates, speech bubbles, photo access, etc. it is probably one of the easiest ways to make a comic book or comic strip on the Mac. Well, it is also available on iOS, and version 2.0 was just released with a bunch of new features.

Just like it is and was on the Mac, Comic Life on the iPad is a great tool for making a comic book. It has multiple exporting and sharing options for your comic when it is finished too. You can email your pages, send them to Dropbox or Facebook, or print them, or send them to your photo library- to name a few. This works great. However, when I tried exporting to Dropbox over LTE I was told I needed an Internet connection and it would not work. After contact PLASQ about this I was told that this is not a bug, but a feature to help those with limited data plans and prevent the act of sharing comics from eating up the plan. They are looking into changing this in a future release.

The app is also universal. This is great, but I prefer the larger screen of the iPad than the smaller phone or iPod screens. It is a lot easier to work with.

OK, so enough with the typing. I figured why not create the rest of this review in Comic Life 2 itself. Here are two comic life created pages to give more information about ten app and my experience using it. You can also find my rating on the second page.

One final typed note: For a complete list of features, new and old, check out the iTunes listing for the app. 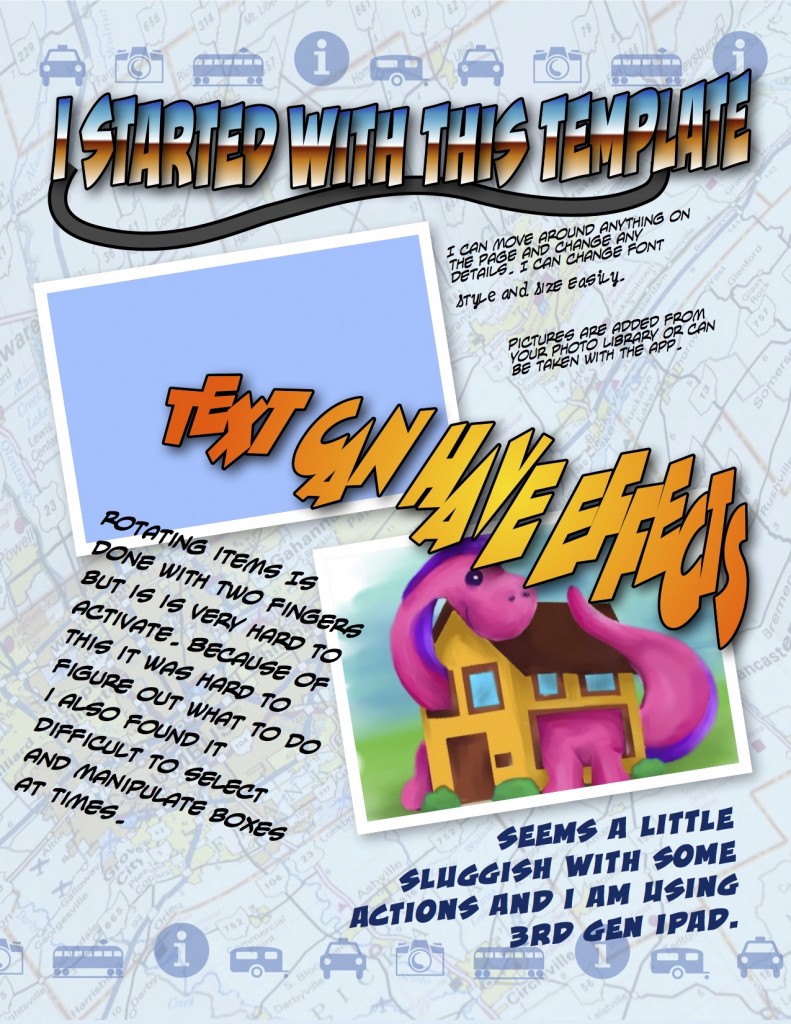 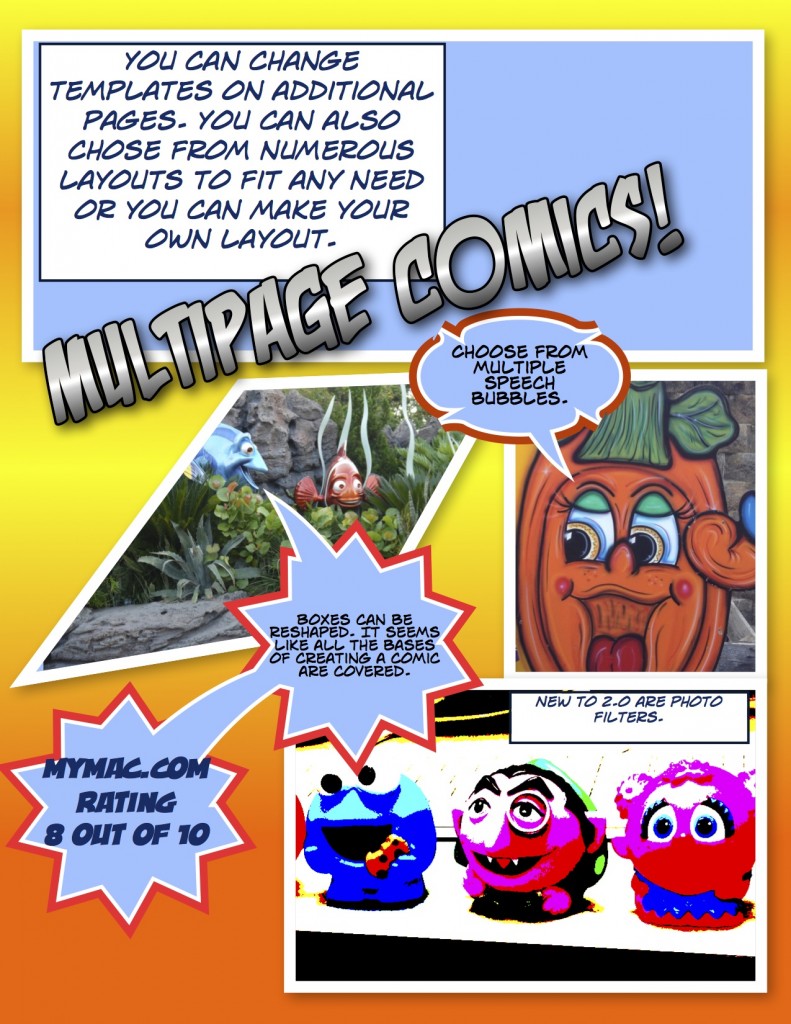 Once again, this is a decent app, but it isn’t perfect.