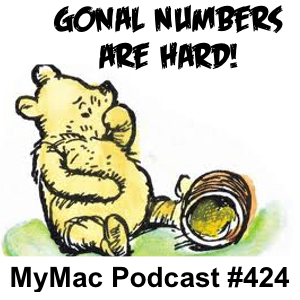 Download the show here
Subscribe in iTunes
Gaz gives a great explanation of gonal numbers at the beginning of the show and he lost me just after the math startedâ€¦.which means nearly right away. James Turner from http://www.woodpad.co.uk is on to keep Gaz from mathing out which is a good thing. There’s lot’s of listener feedback, finally some answers on why our FaceBook numbers went down, and fear of ducks watching you makes a comeback! Woo! Spotlight is in theâ€¦umâ€¦spotlight with a questionn from Scott and just because Guy isn’t around doesn’t mean there isn’t a Gaz’s Tip! Lastly there’s something about Beaversâ€¦hmmm. Some Links: Guyâ€™s App Pick: None because he isn’t here