A big, dirty cloud of dust has been kicked up concerning Apple, manufacturing in China, and Chinese labor practices. Mike Daiseyâ€™s NPR misinformation in January helped fuel the fire. I feel compelled to chime in on this subject because as a product development specialist and designer, my career has been spent working directly inside factories in Europe and Asia. During the past couple of decades Iâ€™ve worked almost exclusively with manufacturers all over China.

Itâ€™s an amazing country that has experienced breathtakingly rapid growth. It was a third-world country only a short time ago, and now coastal cities very much first-world. 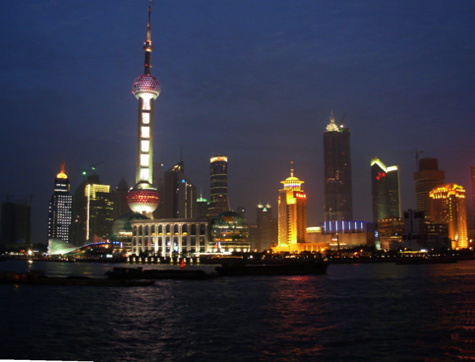 Export manufacturing in China began in the south, just across the border from Hong Kong which was, until recently, the economic hub. Manufacturing developed close to the Hong Kong border because it was the only modern, major shipping port. Once China was opened during the Nixon era, the Pearl River delta and surrounding areas began to grow dramatically.

Shenzhen, which was mostly peaceful rice paddies until the 1970s, grew to what now looks like Tomorrowland with skyscrapers, high rises, severe smog, traffic congestion, and ultramodern lifestyles. Similar industrial expansion has resulted in unprecedented growth in most coastal cities where shipping ports have been opened and modernized. Xiamen, Fuzhou, Ningbo, Qingdao all are now huge, booming port cities.

The interior regions of China are still rural, very poor, and primarily agricultural. When a son or daughter comes of age there, the family often sends them to a coastal city to work for a few years and send money home. The larger manufacturers provide room and board. They must do this because these workers come from hundreds of miles away. One of these young people can earn enough in a year to support multi-generational family groups back home.

Chinese family bonds are very strong, and it is considered the responsibility of the younger generation to care for the older one. For the past few decades, it is these young people who provide the labor force in the factories that manufacture the goods that satisfy the worldâ€™s seemingly unending appetite for Chinese-made products.

These young people come to the big cities on a mission to earn as much money as possible. Several employers told me that when the workers learned they were restricted to a set number of hours per week, some took second jobs to maximize their earnings. Recently, at Foxconn Industries, that makes about 40% of the world’s electronic gadgets, workers complained that their hours were being reduced to comply with labor regulations. These employees are not being compelled to work longer hours; they want to work longer hours.

Wages have been increasing for years as companies compete for workers. Recently, many large manufacturers have begun building new factories in the interior regions of the country to be closer to available labor. This is only possible now because China has improved roads, bridges, and rail lines, permitting efficient transportation of the finished goods to the ports.

In the beginning, there were few rules and virtually no labor laws. However, as time has passed and the outside world has watched, conditions have improved, laws have been passed, and hours have been controlled. In addition, larger importers have insisted on fairer and more transparent treatment of the workers with their own independent inspection procedures.

Labor abuses came to light a decade ago when claims were leveled at Nike. Apple is only one of the many companies that has been plagued with claims of human rights abuses; the biggest corporations are always targets.

In addition to its own insistence on equitable labor practice, more than a year ago Apple joined the FLA, Fair Labor Association.Â This organization mandates and enforces codes of corporate conduct and sends inspection teams to verify that manufacturers are following the rules. Big producers that make products for export are generally quite compliant these days. Apple, with help from the FLA, keeps a very careful eye on more than 150 of its manufacturers that make Apple’s components and assemble its products.

Chinaâ€™s factories and labor conditions have come a long, long way. They still have further to go, but with the incredible industriousness China has shown and with pressure from outside, they are rapidly improving to match worldwide standards. It’s a work in progress, however. When a violation is uncovered, the manufacturers are being forced to rapidly make corrections as was done recently at Foxconn after an FLA inspection.

The cloud of dust that has been raised recently is just that. The working conditions in the factories and the labor practices are, in reality, nothing as dire as Mike Daisey and other alarmists are portraying.

One thought on “On the State of Chinese Manufacturing Conditions”