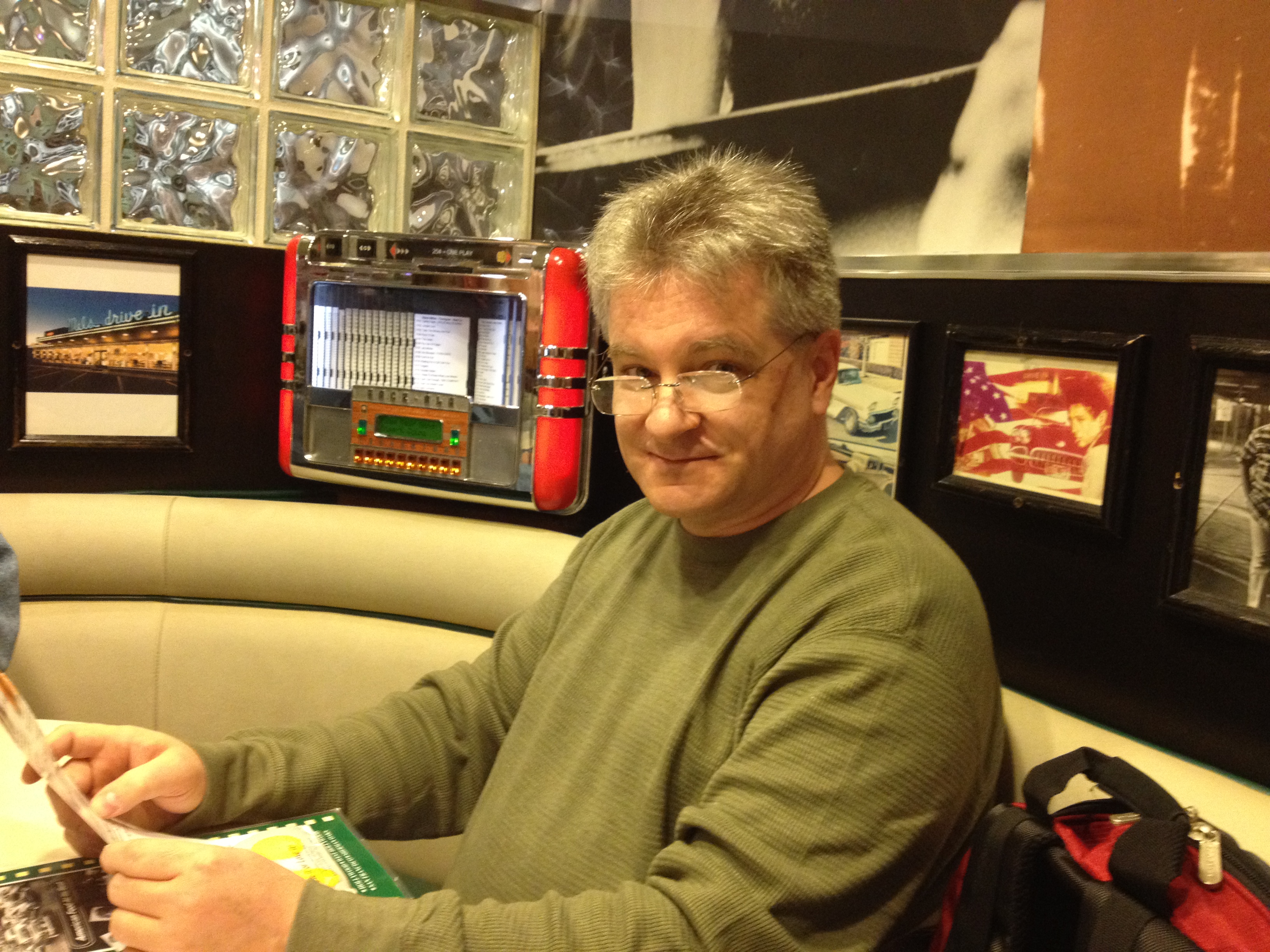 The 2012 Macworld | iWorld show is nearly over. Today is the last day and the floor has just opened. As I sit in the press room thinking through the past days there are still a few things to look forward to, like dinner with an old friend and a ride to the airport tonight.

Arriving Tuesday long before most everyone else afforded me the chance to do a little sightseeing, and a lot of walking. After dropping my bags off at the hotel I rode a cable car to Fisherman’s Wharf. Lunch was my first experience with In-N-Out Burger (it was ok, but I like Five Guys better). Hyde Street Pier, run by the National Park Service, has a lot of historic ships and boats and is a good place to snap a photo of Alcatraz. After lunch and the pier, I walked up to Fort Mason for a view of the Golden Gate bridge. Then on to Lombard Street, with a stop at an elementary school to toss the gym class kickball back over the fence, and Pier 39. Too much walking with the show still ahead, but the views in San Francisco are amazing.Â Tuesday evening I met up with the rest of the MyMac crew at our hotel and we headed across the street for dinner and conversation.

Wednesday brought media preview day. The first part, a product preview midday, was underwhelming. There was one table in the lobby with about a half dozen products on it. The info led us to believe the show floor might be open for a press only. The media reception in the evening was much better. Tables with products from about a dozen different vendors, everything from home automation to virtualization to iPhone accessories, and a pretty good food and drink spread. This began the first of many evenings being wined and dined and not having to pay for dinner.

Thursday was the big day. My first Macworld. Even though the heyday of Macworld is behind us, I was still hopeful of seeing some cool products. The only major vendors still here are HP and Xerox, and the number of vendors in total was less than I expected. The most interesting products I found were in the smallest booths, such as the BlinQ universal remote and programming guide for iPhone by RyzMedia. Most of the larger booths had products that just didn’t grab my imagination. By the end of the day I had pretty much seen what I wanted of the show floor.

Thursday evening brought a couple product launch parties, one at a small marketing firm highlighting some award winning items from CES and the other a big launch party for nivio (fully available by February 14th) at a club southwest of downtown, then the TUAW party where we all met up with fellow media and Apple co-founder Ron Wayne.

Friday’s highlight was Cirque du Mac 9.0, hosted by Backbeat Media and sponsored by several vendors, which was preceded by the Nosillacast party. It was an awesome way to cap off the week hanging out with all our new friends after a day of hitting presentations by Ted Landau, the Macworld magazine crew, and Chuck Joiner’s Mac Roundtable crew.

By far the best part has been meeting tons of people who I’ve been friends or acquaintances with online over the years. The show itself? It was ok, but it is definitely a shell of its former self.