Solar Walk is an astronomy/educational application that has been available for some time and has been updated twice in the past month. Updates include a voice-over, localized language subtitles in the movie section, cosmetic changes to Uranus, Venus, and Mercury, some minor interface tweaks, addition of the Asteroid Belt, solar prominences, and a bug fix. As an amateur astronomer and an educational outreach volunteer, there are many features in this application that I find simply entertaining and some that are educationally useful. However, there are still things that should be updated, and there is room for some additions and improvements.

What I find the most entertaining with this application is the user interface and how you interact with the Solar System simulation. Solar Walk really takes advantage of the touching, pinching, twisting, swiping actions with iOS allowing you to interact and navigate through our Solar System in a very intuitive fashion. Cosmic background music can be switched on to further enhance your solar exploration experience. You can also select the 3-D mode and add another dimension to your viewing by using standard red/blue 3-D glasses. Let me give a brief example to illustrate the entertaining aspect of Solar Walk.Â

I open the application, and for this illustration, select Saturn from the search menu and then two finger pinch the display to show our Solar System from the Sun out to Pluto. Tapping the display brings up or brings back the various control buttons that border the display. 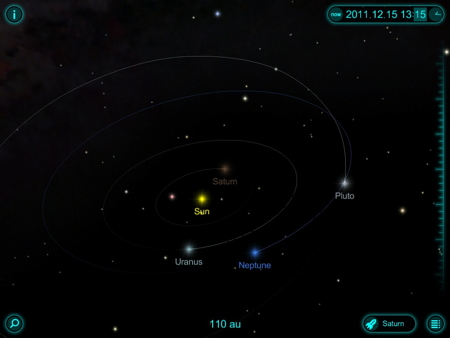 Let’s visit Pluto. I can use either the search button or simply touch Pluto and the program will gracefully zoom in on my selected dwarf planet. Once at Pluto, I can then interact with the planet by using one and two finger touching to zoom, rotate, tilt and move to any orientation I desire. By touching the information button in the upper left corner of the screen, I can call up additional information and facts about Pluto, including that it has been reclassified as a dwarf planet. However, Pluto’s four moons are missing and not even mentioned in the Facts and Figure information section. 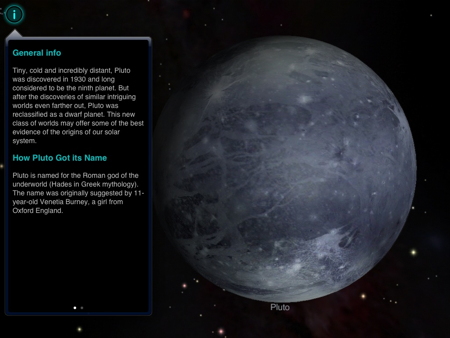 Next by touching the search button and selecting Earth the program swiftly takes us from Pluto to Earth. When I arrive at Earth I can see the orbital path of our Moon in the distant background along with orbital paths of satellites being dynamically displayed. This time, I select our Moon from a submenu of the search field for Earth and bring up details about our Moon. 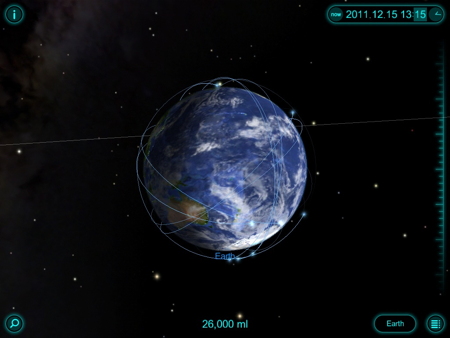 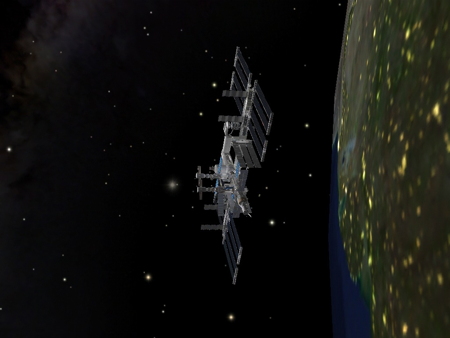 This brief illustration of the entertaining aspect of the application can be applied to essentially all of the planets, moons, satellites and even the Sun. As an educational tool, I find Solar Walk to be somewhat limited but still usable. The star catalog is very limited as is the geography information. Pluto is the only dwarf planet presented and the even with the newly added asteroid belt, the dwarf planet Ceres was not included. Besides Pluto, many of the moons of Jupiter, Saturn, Uranus, and Neptune are missing. Again, they could be included in the Facts and Figure information section instead of having them orbiting each of the planets. Also, other than the Hubble and ISS, it is not clear why the selection of the satellites that are orbiting the Earth were chosen. Most are fairly dated.

The educational features I really like in Solar Walk are the seven movies or animations that are provided. Each of these animations nicely illustrate concepts I routinely teach in the classroom or I am asked about during my astronomy outreach events. 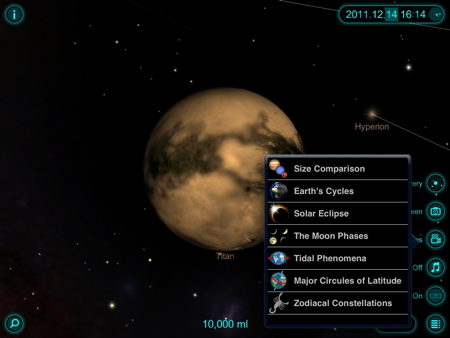 From the seven available movies, let me give a brief overview of just one, the Earth’s Cycles animation. This presentation covers the day night cycle and the reason for our seasons. There are basic control buttons to start, pause and resume the animation and to turn the voice over and subtitles on and off. 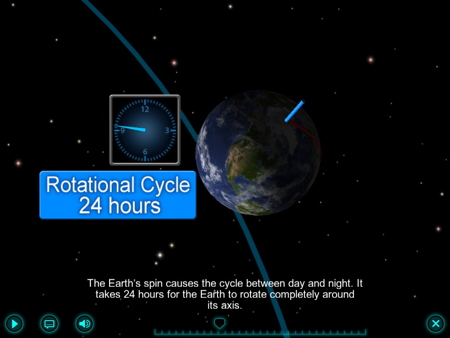 This animation illustrates the reason for day and night as the planet rotates on its axis. It demonstrates how the Earth’s tilt of 23.5 degrees relates to the four seasons as our planet revolves around the Sun. 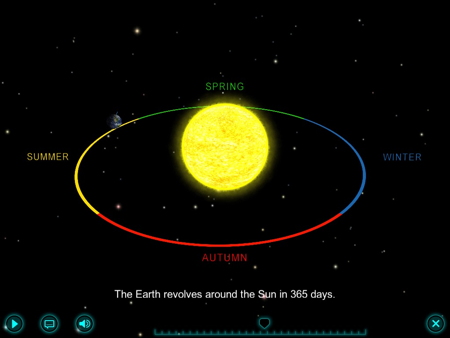 As the Earth moves around the Sun, the directness of the Sun’s rays on the northern and southern hemispheres are nicely illustrated at each of the four seasons. 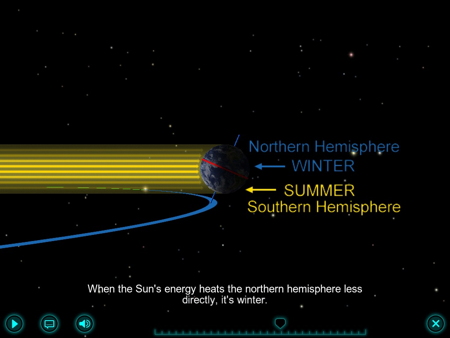 I find Solar Walk an entertaining and useful application. It is inexpensively priced and runs well on my first generation iPad and forth generation iPod touch. Hopefully, there will be updates in the future that will address the limitations I identified. I’m awarding the application a MyMac.com 7 out of 10.