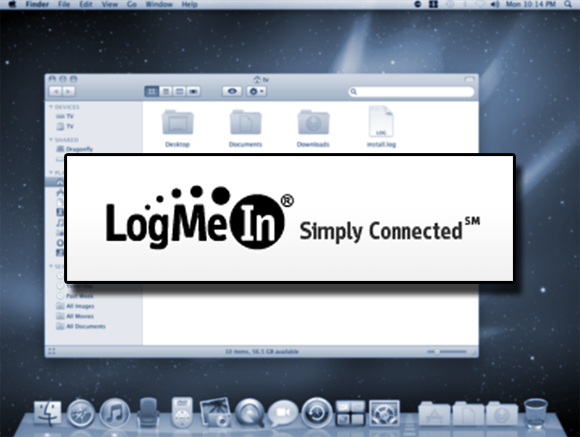 My favorite applications and services are ones that do one thing and do it very well. Even better is if they have a great name that’s simple and descriptive of what they do. LogMeIn Free and LogMeIn Ignition from LogMeIn, Inc. are just such products. They allow you to remotely login to a computer that you have installed the LogMeIn software on either through the web (LogMeIn Free) or from your iPhone or iPad (LogMeIn Ignition).

LogMeIn, Inc. has several products available. Depending on the features you need as you use your remote computers, you can use LogMeIn Free, or a paid version which starts at $69.99 per year and goes up in price depending on the number of machines that can be accessed using LogMeIn. LogMeIn also has the LogMeIn Ignition app for the iPhone and iPad, as well as for Android and Windows. This review will cover the LogMeIn Free service, and the LogMeIn Ignition app for iPhone and iPad.

The core of LogMeIn’s services is their web site. Step one is to create an account at LogMeIn.com. Once you’ve done this, you can download the LogMeIn software to computers that you would like to remotely access. These two steps are the same regardless of how you then access your computers. The importance of the LogMeIn web site continues when using LogMeIn Free, as you remote control computers through the browser rather than in a separate application.

LogMeIn Free access to your computer through the browser is a fairly basic experience. You log in to the web site, choose the computer you wish to remote control from a list of computers you’ve set up with LogMeIn software, and then log into your computer using your normal computer account. There is also an option to require an additional passphrase unrelated to your computer’s login account before you get remote control of the system, for extra security. Next thing you know, you’re looking at your Mac’s Desktop through a web browser. 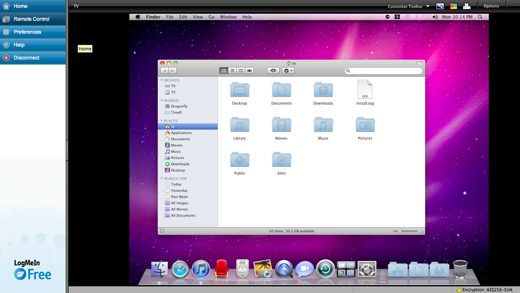 The experience of using LogMeIn Free itself is pretty basic. This is, after all, the free version of the service. As a result, things like file transfer, file sharing, remote-to-local printing, Desktop sharing, background login, and other advanced features, are not available. What you get is a basic remote control with such features as Desktop viewing, copy and paste between remote and local computers, wake on LAN, reboot/reconnect, and AES 256-bit encryption. But for the price, FREE, it’s hard to argue with this. For most needs, it will be entirely adequate. And if you do need to share files between the remote and local computer, for example, using DropBox and moving the desired files into your DropBox folder and accessing it from the local computer will work just fine.

There are some additional options and tools you can use with the Desktop viewing functionality of the application. There is a whiteboard tool that lets you write text on the screen for someone on the remote end to see. You can also use a laser pointer for helping demonstrate things by pointing out items of interest on the remote system. You can also use a magnify option which will create a square area around the cursor within which things on the Desktop will be magnified for easier viewing. 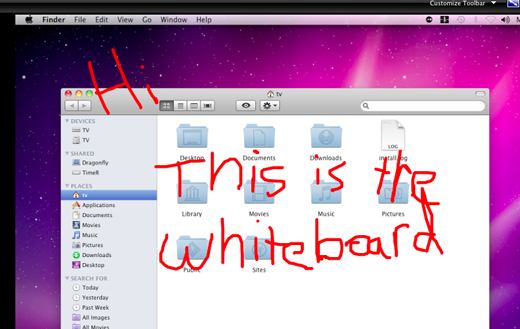 While the LogMeIn Free service is extremely useful, the LogMeIn Ignition iPhone app puts a little bit more fun into the equation.

LogMeIn Ignition, as expected, uses the same sequence of events as the LogMeIn Free web service. When you open the app, you are required to log into your LogMeIn account. After doing so, you are presented with a list of your computers. After choosing one, you are required to login to the computer with your computer’s account. If you have a  passphrase enabled for extra security, that must be entered next. Finally, you’re in! 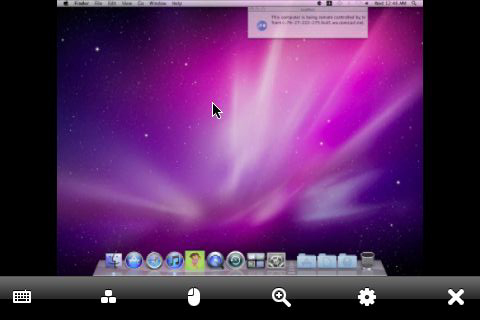 The main view you are presented with is your computer’s Desktop and below that, a tab bar with icons for several available tools. The cursor is moved around the Desktop moving your finger on the iPhone screen. You can pinch and zoom as well, focusing in on specific areas of the Desktop to easily select menu options, read things more easily, and perform any other task required.

The tab bar icons are for keyboard, command keys (command-tab and command-‘), setting whether a tap on the screen will represent a left or right mouse click, magnifying a section of the screen, various Desktop viewing settings, and finally an X for disconnecting from the remote computer. 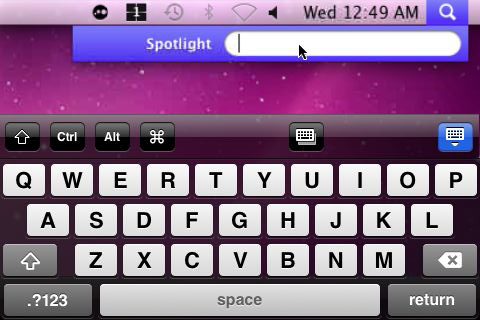 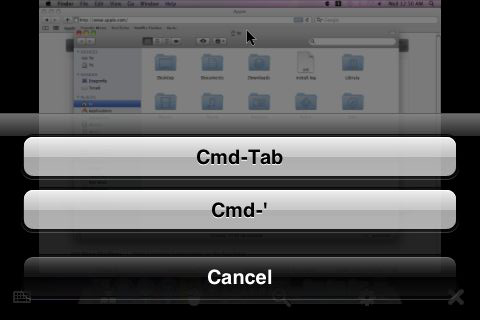 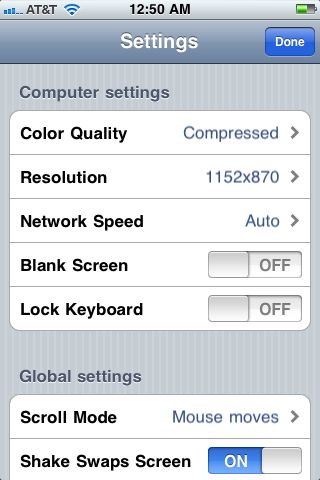 As with the LogMeIn Free web application, LogMeIn Ignition is fairly simple and straightforward. Basically, you can interact with your Desktop as though you are sitting at the computer. What you can’t do is anything advanced such as file transfer between the iPhone and the remote Mac or PC. Again, however, you can get around file transfer limitations by using DropBox on both your computer and your iPhone, to the extent that it’s practical on an iPhone.

Lest you wonder just how useful controlling your computer from your iPhone can really be, let me assure you that it is fully capable of resolving tense crisis situations. Recently my daughter and I stopped in at my office at work for a few minutes and she started to watch movie trailers on my PC. Naturally, this led to her wanting a Pixar movie that we didn’t already have at home. Using LogMeIn Ignition on my iPhone over AT&T’s 3g network, I logged into her Mac mini at home, which we use as our shared iTunes library for watching on our Apple TV, and started downloading the movie from the iTunes store so that it would be ready to watch when we got home. Disaster averted, thanks to LogMeIn Ignition.

One notable feature of LogMeIn Ignition is its $29.99 price tag. While this is certainly comparable to other iPhone apps offering remote login and control of your computer, I personally would like to see this price closer to $20 than to $30.

One really nice benefit of LogMeIn Ignition over other competing apps is that the software installed on your Mac or PC that lets you log in with LogMeIn Ignition is also the same software that lets you log in using LogMeIn Free over the web. With other solutions, you’ll be installing multiple pieces of software to allow access from different sources. This gives LogMeIn an advantage because the less remote access software running on your computer, the less resources used, and the less opportunity for compromised security. Install LogMeIn once on your Mac or PC, and get access to it from your iPhone, Android phone, or another computer’s web browser. Simple.

Based on the price of LogMeIn Free ($0) combined with its utility, and the unified software installation on the computer for access from all devices, and the excellent user experience of LogMeIn Ignition for the iPhone, I am going to give these two products a combined MyMac rating of 9 out of 10. If you are looking for basic remote control of your computer, LogMeIn Free and LogMeIn Ignition for iPhone are hard to beat.