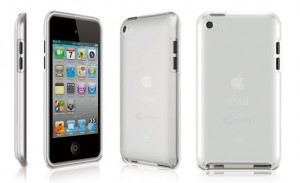 If you have a fourth generation iPod Touch and you are looking for a case I wish you good luck. They seem to be few and far between right now. However, one of the companies right out of the gate with cases is Macally. I had the opportunity to test three different Macally cases for the new iPod Touch and each one would be a good choice. The choice you make depends on what you are looking for .

The cool â€œextraâ€ each case has is a little microfiber square for wiping fingerprints (and whatever else you might have) from your iPod. The swatch works great, and I wish the size they gave you was a little bit bigger. In fact, I donâ€™t remember trying anything that takes fingerprint off the iPod so well. With that said, the small size allows the swatch to be adhered to the back of the case repeatedly with the glue on the back of it.

All three cases are very lightweight and donâ€™t add much bulk to the iPod either.Â On to the individual cases. The main thing that separates these cases is the look and material.

The Clear Flexible Protective Case (Flexfitt4) is a clear, flexible and thick plastic that easily fits over your iPod. ItÂ  says clear in the case description, but it is more like a frosted clear. It feels substantial in your had when it is on the touch and is a nice case. 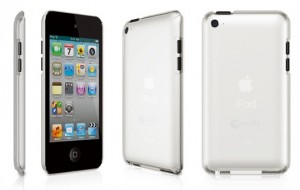 The Clear Snap-On Protective Case (Metroct4) is also clear, but made of hard plastic. It is basically a clear hardshell case for the iPod. I am not a fan of hard shell plastic cases. It is the same design as the MerBoT4 that I discuss further below. I personally donâ€™t like the looks and they tend to scratch over time. However, Iâ€™d rather scratch the case than the iPod. 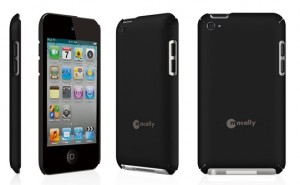 The Snap-On Protective Case (MetroBT4) is my favorite of the bunch. It is almost like a cross between a hard shell case and a silicone case. It is basically a hard shell with a black rubberized coating on the surface. It snaps onto the Touch and it barely touches the front of the touch. In fact, I am amazed at how well it holds the touch in with how little overlaps the front edge. I really like the feel and look of this case.

As I said earlier, you wonâ€™t go wrong with either of these cases for your fourth generation Touch. They are all great products. It is really a matter of what you prefer in a case.

MyMac.com Rating 9 out of 10 for each case

Note: I was also sent the Anti-Fingerprint Screen Protective OverlayÂ  (ANTIFINT4). I am not a fan of overlays, and this is no exception. They are very hard to get on. One speck of dust ruins it. Also, I did not like the matte/anti-glare look of this film. It also gave a different feel to the surface. It was like the Touch lost the smoothness. I prefer the glossy look of the iPod screen. Also of note- the packaging for the film states two films are included and you only get one. I was told this is a packaging error that is being corrected. If I were to rate the overlay I would give it a 6 out of 10.