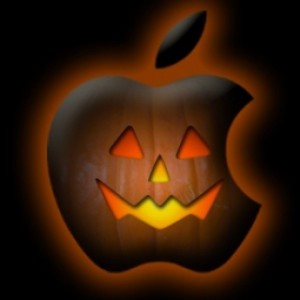 Oh Apple, you just LOVE screwing with my head. Just when it seemed like this was going to be year of nothing but iOS and mobile devices (the AppleTV being somewhat of an exception, but since itâ€™s essentially running the iOS it hardly counts), you throw out an invitation for some serious Mac love. So letâ€™s throw out a few predictions of whatâ€™s coming on October 20th.

Whatâ€™s that peeking around the corner? Why itâ€™s a picture of a Lion! So my prediction of the next version of OS X being called Mr. Snugglywhiskers is probably not going to be accurate. Whatâ€™s coming for OS X? The beginning of integration with iOS. It only makes sense, but donâ€™t expect to see touch screen Macs anytime soon. Between a touchy-feely mouse and trackpad thatâ€™s already out, Apple just doesnâ€™t have to go this route yet. Yes, yes, Iâ€™ve seen the applications for various designs too. They just donâ€™t seem quite ready for the masses. Iâ€™m expecting big changes for the Finder. Multi-tabs to cut down on the window clutter, maybe even the disappearance of the menubar in favor of each window having its own like Windows and Linux. A bit of blasphemy for some, but with all the ideas taken and implemented in both from OS X, can we at least admit that they have some good ideas too? The next version will likely be 64-bit only which will leave some users behind, but itâ€™s not like Apple hasnâ€™t done THAT in the past as well. â€œButâ€¦butâ€¦but my APPS!â€ I hear so many say. Not to worry (too much at least). Chances are 10.7 wonâ€™t be released this calendar year and likely wonâ€™t be out until at least September of 2011 giving most OS X app developers time to update their apps in preparation. Certainly there will be a compatibility layer for older 32-bit apps so they can run tooâ€¦just not as well. Some have predicted that DashBoard will go away in favor of iOS applications and I can see this happening too.

There have been rumors of iChat going all Face Time and that would be pretty slick. I would love to see Apple make a Skype-like application (in that audio would be better) too.

I think this event will mostly be about OS X, but thereâ€™s no reason why Apple canâ€™t update some of their hardware too. The MacBook Air is certainly due. Itâ€™s been so long since itâ€™s been updated that it should have a white beard and deliver Christmas presents down chimneys. Speculation is that it will reduce in size down to 11-inches. Donâ€™t see that happening myself. 13-inches is about as small as you can go in my opinion and still deliver a good experience screen-wise. The MacBook will probably be left alone this go around apart from maybe a processor upgrade. The MacBook Pros with the exception of maybe the 13-inch might get Intel I-3/I-5â€™s across the board. The 17-inch could get a boost with a quad-core I-7. Discreet graphics cards all around should get updated too.

Well the Mac Mini was just recently updated so I donâ€™t see that being changed. The iMac was also recently updated as well as the Mac Pros. Just doesnâ€™t leave much to do. Iâ€™m still wishing for that Mac tower with specs similar to the iMac in performance but Iâ€™ve had my heart broken so many times by Apple in that regard that I just canâ€™t even think about it without tearing up.

It wouldnâ€™t surprise me to see Apple update their AirPort Extreme and Time Machine. Time Machine in particular could use a bigger drive. I think that Apple could jump into the RAID game tooâ€¦but probably not this time around.

What needs to be updated? Well, just about everything. I think weâ€™ll see a new version of iLife with iWeb getting a royal makeover and GarageBand getting easier with multi-track being software aware. Iâ€™m not saying that right but what I mean is if you have a USB plugged microphone, a USB plugged guitar, and a USB plugged vuvuzela, GarageBand will recognize each as a separate device and allow each its own tracks without software trickery like WireTap Anywhere or Audio Hijack Pro. Well thatâ€™s what I want anyway. iPhoto will get some new organizing tricks like it usually does, iMovie will hopefully become more likeâ€¦wellâ€¦iMovie from the past. That just leaves iDVD. What to do about iDVD? In this age where digital content is becoming more the norm, is it even really needed anymore? As an archive, itâ€™s hopelessly small with terabyte drives in almost every computer. I could see Apple dropping it and while some would cry out in despair, I wouldnâ€™t miss it at all.

So in summery here are my predictions:

Available Quad-core I-7 in the 17-inch model

3 thoughts on “Trick or Treat from Apple”