Recently, I had the opportunity to try out three VERY different games from the iTunes App Store: Board Games, Blurb, and Tatomi. What did I think? Read on.

There are several different board game apps available. Some are collections and some are single games. Board Games is a collection, and a good one. It consists of Chess, Backgammon, Ludo (I never heard of this before, but it is a lot of fun), Checkers, Reversi, Nine Menâ€™s Morris, Snakes and Ladders, and Tic Tac Toe. The graphics are great, and the gameplay is smooth. Compared to another board game collection on the market, the point of view in this one is much better making it much easier to play (and more fun, too). Â If you want a collection of traditional board games for your iPod or iPhone this is worth your money. 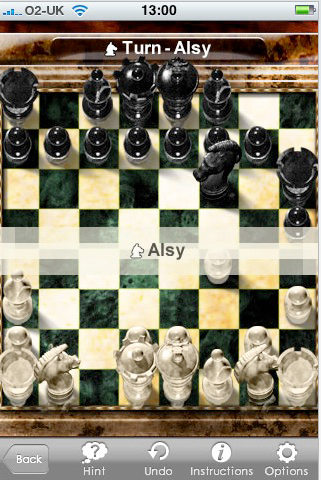 In Pudge you are a fish traversing a treacherous cavern under the ocean. You touch the iPhone/iPod screen to raise your fish and let go to drop it trying to avoid the dangers that await you (jellyfish, rocks, etc…). The graphics in Pudge are gorgeous, however I canâ€™t say I enjoyed the game as much as the visuals.

Pudge is a game that has potential to very addicting, but isnâ€™t there yet. It is extremely difficult and hard to get the hang of. This is fine, you donâ€™t want a game to be too easy. However, my biggest problem with the game is that once you die you have to start over. There are no lives to continue from the spot that you die in. This is a big flaw in the game and after about five minutes of having to start over every thirty seconds I was ready to stop playing. If the game had extra lives, it would be a lot better.

There is also a two player split screen mode, but Iâ€m not a fan of split screen iPod Touch/iPhone games. Too many hands on a small device 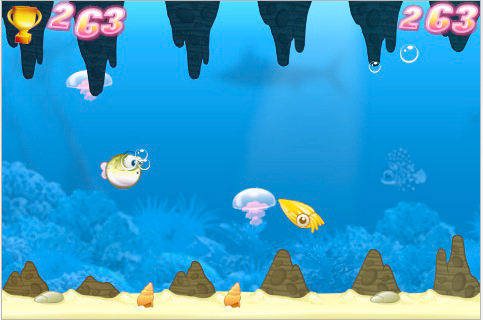 Totomi has to be one of the strangest concepts for a game I have seen in a while. When I say strange I mean strange in a good way. It is a hard game to describe, but Iâ€™ll try. At first I thought it was like Bejeweled, lining up three of the same thing in a row. In a way it is, but in a way it isnâ€™t. You have to line up similar objects and animals based on being the same or based on what they will eat. It is very hard to explain, and it isnâ€™t a game for everyone. It took me a while to figure it out, even after paying the tutorial. This one is one of those games that need a demo or a free lite version to try out. 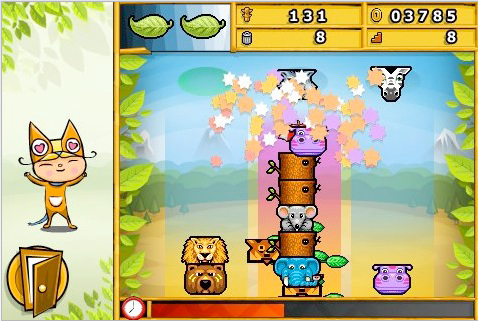