Some Macbooks and Mac folk on the train to Paris, Le Metro packed with commuters, then some “signal failure” turns out to be an accident and blocks the entire line… No way of getting to the Expo grounds in time before public transport goes to sleep.

Thanks to the ever friendly Parisiennes I walk my way to the hotel through streets of abandoned taxis. As Apple doesn’t exhibit at this year’s Expo, there are no iPod posters anywhere – a sharp contrast against those many years where not only downtown Paris was virtually covered in Apple’s imagery.

So, what does the hungry Mac user do around midnight in Paris? Yes – buy a fresh and tasty apple for the vitamins… 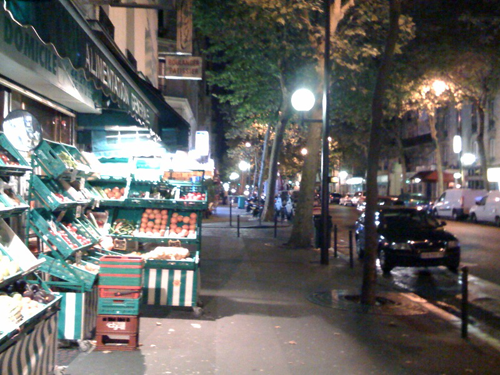 Getting up with a (distant) view of the Tour Eiffel: the Eiffel tower had been looming in the back of the nightly skyline, with his flashing beam hovering over Paris – now, in early morning dusk the landmark is dwarfed by a giant concrete chimney. 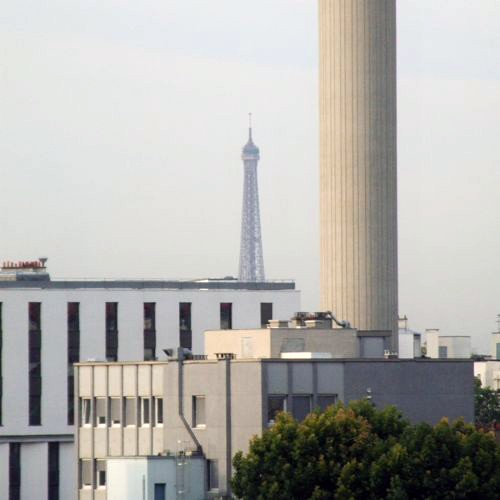 One other thing did change, too, overnight: adverts for this year’s Apple Expo R3MIX ’08 appeared, everywhere. Some still wet with glue, while the stairs in front suggest that whoever put the poster to this Metro wall, probably just went for a CafÃ© of sorts. 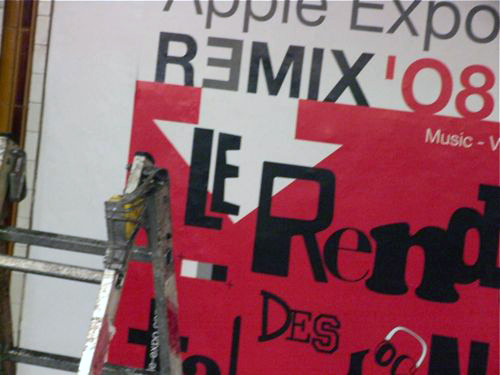 Those of you who are familiar with the Paris Expo grounds at Porte de Versailles know how beautifully the old entrance building contrasts with the shapes and sizes of the more futuristic buildings there. 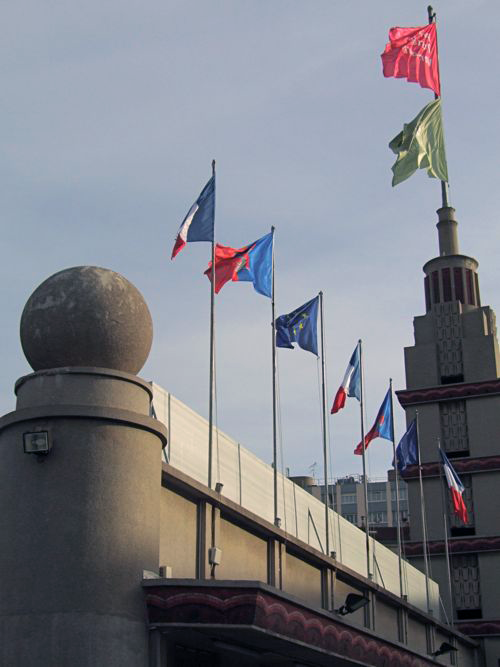 Hall 5, the place where Apple Expo is (again) being held, is an entirely different breed… 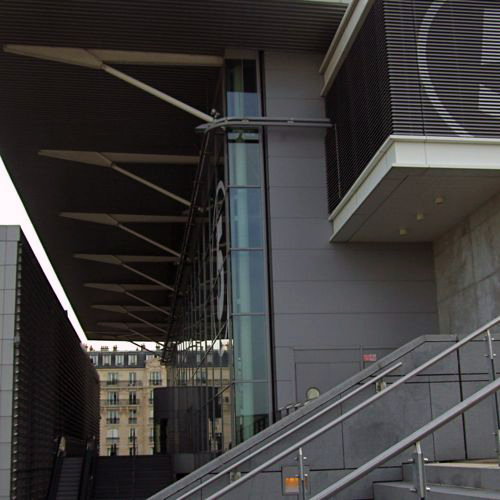 Confused faces greeted me in front of this huge glass-and-concrete building: last year, with Apple participating, the place was crowded with regular visitors queueing for the start of the show. In 2008 everyone has to enter from the side: 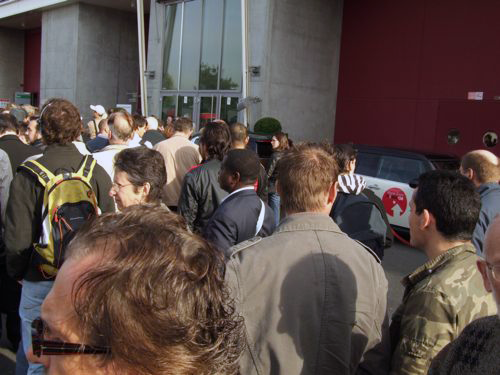 But still, the usual buzzing atmosphere welcomes everyone entering. Press accreditation is a breeze, very well organized, as well as the printout of regular badges. Now, let’s check the WiFi access for members of the media… wow! works! nice! Although later, it turns out to be a rather unstable connection 🙂 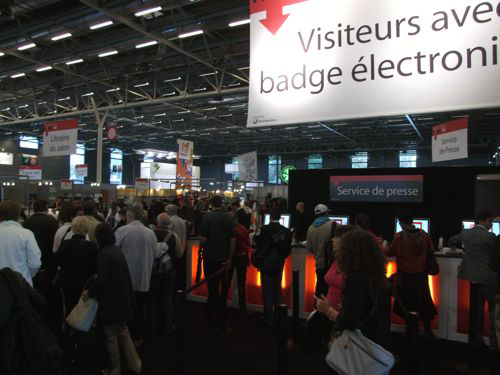 What’s the main difference you’d expect from the biggest European Apple/Mac-related show with Apple being absent?

You’d expect a huge void where those notorious black desks and show arenas were?

No Sir! Instead of a white logotype on black walls and boxes, and many helpful Apple staff, Paris this year hosts “ATN – Agora des Talents NumÃ©riques” who basically are doing just the same as the Crews from Cupertino and Apple France before: show off Apple’s products and related software and hardware, set up in typical environments for Audio, Video and special solutions. A full schedule of accompanying events for everyone interested really leaves a good impression of this stand-in concept. And I can tell you – in the afternoon, the area was packed: 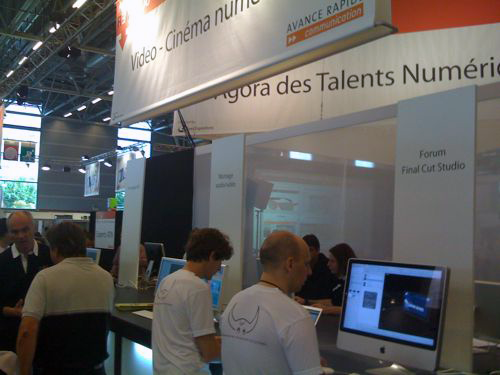 More to come! Check back later!