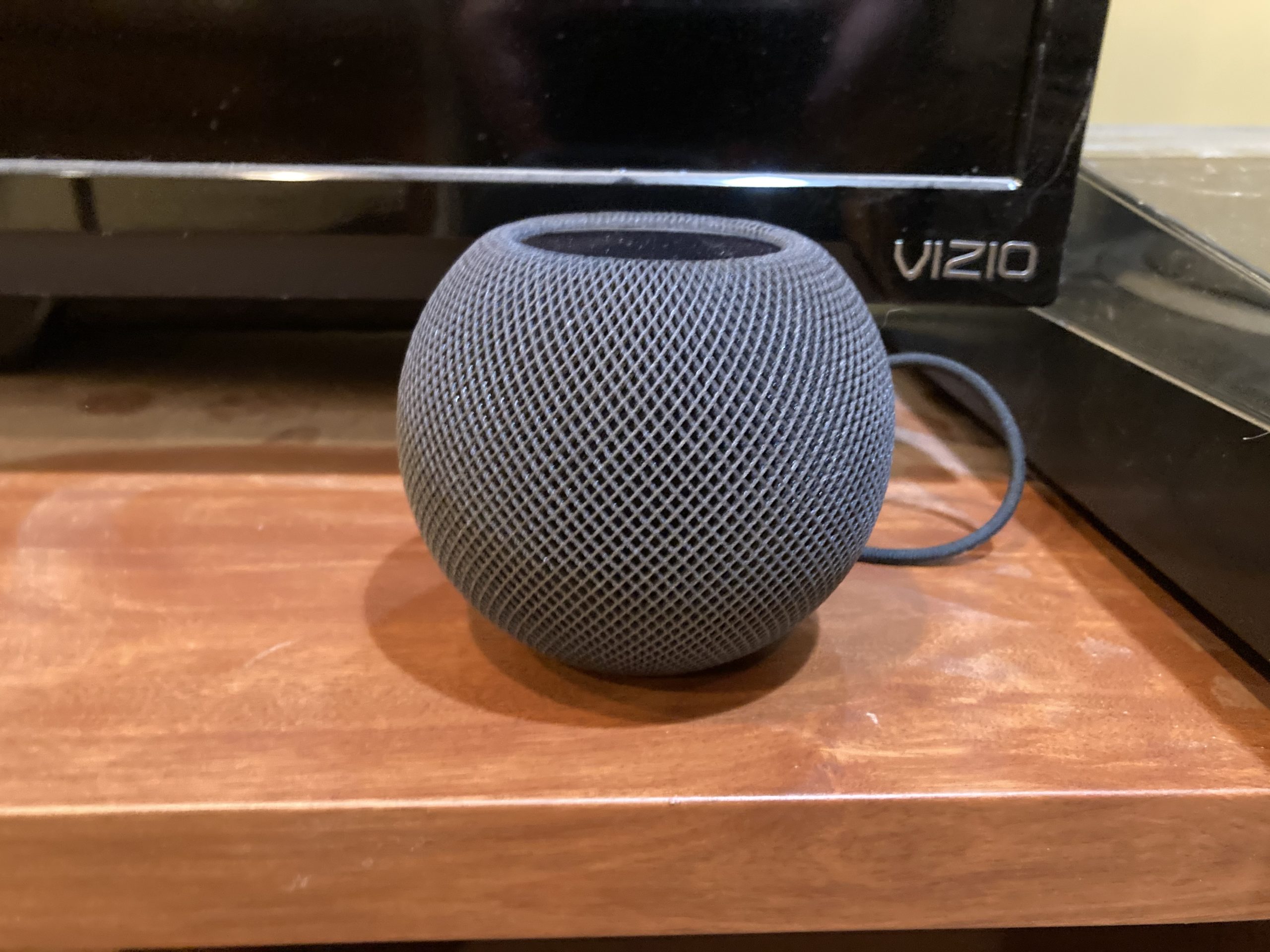 Sometimes you buy a product and feel unsure as to why you did. Maybe because the cool kids said so or maybe like you’re missing out, and THIS is the product that will fill that hole. I can’t say whether I thought either of those things, but I’ve been intrigued by the HomePod since the original Jumbo one came out, but was unwilling to spend the nearly $350 it cost for one.

Gaz and I (on the MyMac.com Podcast…c’mon! Keep up!) speculated on the price for the HomePod Mini when it was first rumored (rumoured?) to be a thing and we pretty much both thought it was going to be in the $149-199 range. I remember thinking that it was a shame because that would keep a lot of people from buying one and both of us felt that a $99 price would make them fly off the shelf. So it was announced and it was at that $99 price point and felt stunned that Apple did exactly what they needed to do to make this a popular product. Really, they aren’t exactly known for having what some would think of as a reasonably priced for the market doodad. As an example, please go to the product page for the AirPods Max.

So was one bought?

With all that, I STILL didn’t buy one. As great as the price “looked”, I was struggling to find a rationale for having one. Play music? Rarely do so at home and have a really big set of speakers connected to a decent receiver as well as AirPods to listen to on from a variety of devices. As a start for a connected SmartHome? Jury is still out as to whether I want to start that as a project. As a speaker for the AppleTV? Hmmm, while not REALLY necessary, here’s finally a (good enough) compelling reason to pick one up.

Your mileage may vary, but I hadn’t been happy with my Audio/ Video setup for a long time. Multi-function remote to turn on the TV, then the receiver, then the AppleTV, then switch between the AppleTV and the receiver to adjust the sound. PITA.

Yes, one was bought

Long story longer, I ordered one not exactly sure what to expect or what to do with it. Pulled it out of the box, plugged it in and gave it a few requests for songs, bands, weather, ect, and was underwhelmed. It did sound really good especially considering how little the HomePod Mini is. Apple has packed some pretty amazing JuJu into a tiny package to give an illusion of big sound. Don’t misunderstand me: I wouldn’t invite 100 of my closest friends over for a rave (wouldn’t do this no matter what sound system I had) and then crank this to max and expect anyone to be happy. Nevertheless it’s reasonable for the size of average room volume, it does a fantastic job.

The next step was to do what I said I was going to do and pair it with my AppleTV. Maybe it’s me, but the process for connecting the two devices was less than intuitive, but I did finally manage it. I set the AppleTV to turn on the TV (which I should have done a long time ago) and with the HomePod Mini also connected, everything now was managed from the AppleTV remote…or my replacement for the AppleTV remote which is a different story for a another day.

Getting back to the HomePod Mini, does it fill the room with TV sound like the two huge speakers? No, but I rarely needed that. The HomePod Mini sounds amazing with deep lows and crisp highs that something this small shouldn’t be able to produce. In spite of lowered expectations, I am very happy now with my HomePod Mini purchase. In my opinion, it’s what Apple should have released first and then called it a day.

We’re having some family over Christmas day (Everyone masked up and socially distant, which won’t be that different from years past..) and I’ll probably have it upstairs where the tree is playing a list of Christmas songs.

Now I’m starting to think I may need to get one more for the bedroom AppleTV or on the rare occasions I DO want to fill a room with sound.