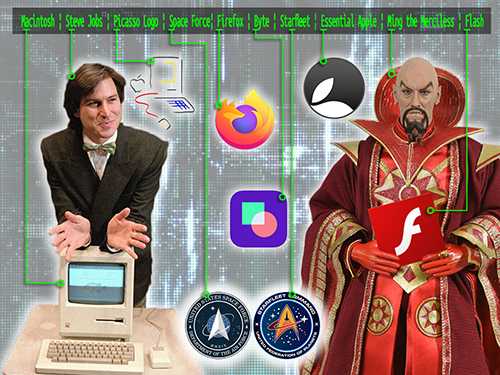 This week the Macintosh turned 36, Apple started removing Flash from Safari, Google say some of Appleâ€™s anti-tracking made things worse, and Uncle Tim said AR will â€œpervade our entire livesâ€. Meanwhile claims were made that Apple gave up on fully encrypting iCloud due to pressure from the FBI, Sonos got themselves into hot water with a poorly managed statement about support for older tech and Apple pledge to support the fight against the Corona virus and Space Forceâ€™s badge seems strangely familiar to many! Also I forgot to mention it but DON”T FORGET to enter the FotoMagico for iPad giveaway!

Slacker @MacJim has a family friendly Flickr group for listeners to share photos because the Darkroom channel in the Slack has become so popular – if youâ€™re interested head over to to the Essential Apple Flickr and request an invitation.