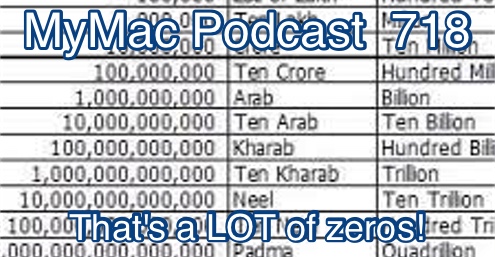 Guy falls asleep when he could have been podcasting so they record on his wife’s birthday instead because how could THAT go wrong? They toss about Apple’s trillion dollar worth and why it hasn’t also made them rich and Cupertino being all fussed because Apple made money and they want some of it. Also, why NOT make a Hyperloop transportation system that goes 800MPH through residential neighborhoods?

Gaz: Weekly News snippets Itâ€™s all about the numbers, so much news around the fact that Apple are doomed, no seriously!!

Recode says Apple is the first US company to hit 1 trillion dollars in value, but also warns that the second trillion will be tricky!

Not All Locals Thrilled With Apple’s Trillion Dollar Milestone

Forget hyperbole, how about an 800MPH Hyperloop?

Guyâ€™s Pick: Not a tip but a question. Does anyone listening use Logic Pro to record their podcasts instead of GarageBand? Iâ€™m hearing lots of skips in the audio with GarageBand that I donâ€™t hear while recording.

Gazâ€™s Pick/Tip: TIME MACHINE Come on I could say anything else could I?