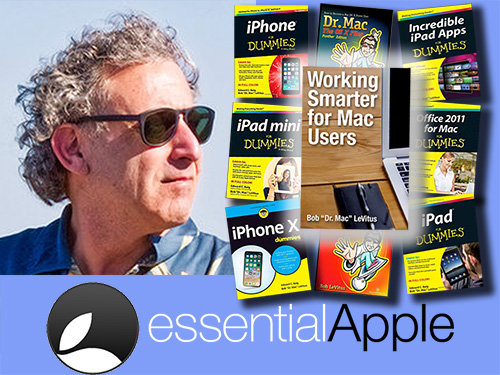 This week Android decided join Apple in adopting HEIF (which has to be good news for everyone). TunnelBear sadly got taken over by McAffee (who I did not know are half owned by Intel) and there is news of a forthcoming documentary on Apple’s spinoff General Magic that was a glorious failure!
To talk about this stuff and much much more we are joined by a huge Mac luminary… the most eminent, the incredibly prolific, the legendary Bob ‘Dr Mac’ LeVitus.
PLUS there is a special surprise offer from Dr Mac himself for listeners of this podcast to sign up for his “Working Smarter for Mac Users” courses with a 60% discount!