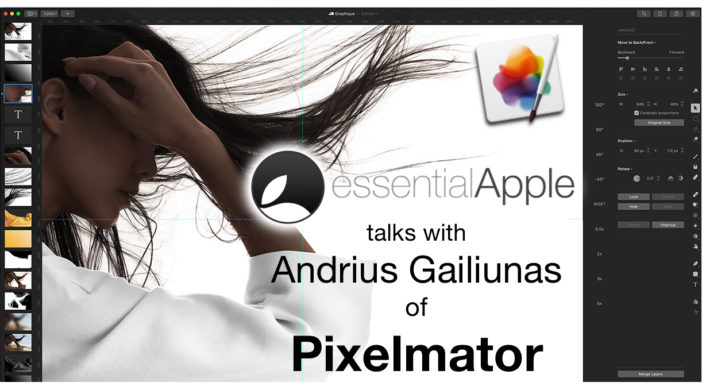 This week, being the week of Thanksgiving/Black Friday where the news is a little thin on the ground (unless you count the endless â€œBlack Friday greatest deals everâ€ stuff) we are joined by Andrius Gailiunas from Pixelmator to talk about Pixelmator and the upcoming Pixelmator Pro.