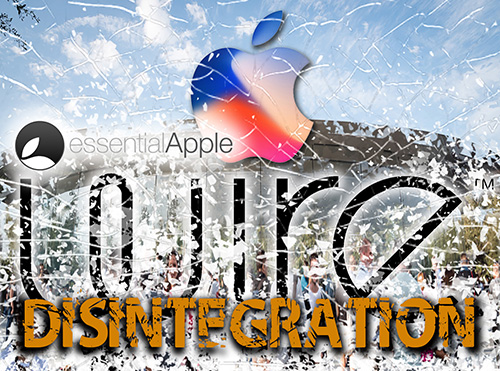 This week Cassini made its final manoeuvre and crashed into Saturn ending its 13 year scientific mission, some muppets set off a bomb in the Parsonâ€™s Green Tube Station injuring 29 people (some of them children) but thankfully there were no fatalities and Apple held a small gathering at their new Steve Jobs Theatre to announce some new shiny toys.

Mark is off in Budapest enjoying a relaxing break from it all. So in his absence I am joined by Sherman Gossett (Commander Shroom) from Utah, Ruth (@CutieMelon321) and, at incredibly short notice, Guy Searle (@MacParrot) from the My Mac Show. We, of course, give our reactions to the Apple Event, and some other stuff â€“ because, well, what else would we be doing on a podcast?

I am especially pleased to welcome Sherman to this episode because he is most definitely NOT an Apple fanboy â€“ but he has a wealth of experience in the world of IT and we look forward to getting an â€œoutsider’sâ€ view on the Apple announcements.

And I am really sorry that in all the confusion, with Wire dropping people out all over the place, that I forgot to thank our PatreonÂ subscribers… so â€œTHANK YOU Patreon people, you really are lovely people!â€

You can always help us out with a few pennies by using our Amazon Affiliate LinkÂ so we get a tiny kickback on anything you buy after using it.