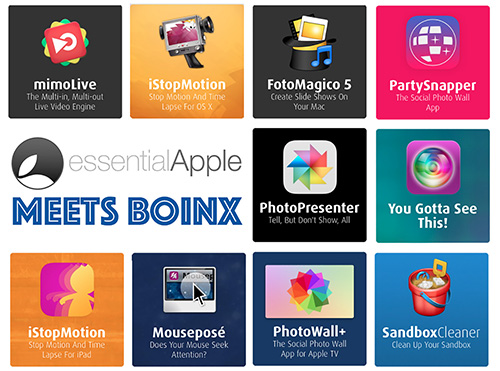 While we are all enjoying ourselves, spare a thought for the people in Nepal, India, Bangladesh, Sierra Leone and of course Texas (and anywhere else), who have been affected by devastating flooding this month and, if you can, please consider making a donation to a reputable disaster relief charity.

This week, we are joined by Oliver Breidenbach of Boinx Software, makers of FotoMagico, iStopMotion, MiMoLive and other â€cool photo and video software for Mac, iPhone, iPad and iPod Touchâ€Â to talk about, well Boinx obviously, and all the rest of the stuff we came across this week

Listen to the show

You can always help us out with a few pennies by using our Amazon Affiliate LinkÂ so we get a tiny kickback on anything you buy after using it.