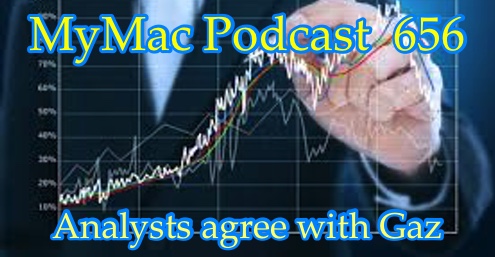 Whether to be be smiling wisely and frightened beyond measure, many analysts are agreeing with Gaz that Appleâ€™s interest in cars is as a service, not in the actual manufacturing of automobiles. Bloomberg wants to talk about tables, Apple makes a big glass out of itself with Corning, and sure, letâ€™s give big government agencies backdoor access because based on the current ransomware theyâ€™re SO good at keeping it secret.

And these were the people you wanted Apple to give a backdoor in iOS to?

Gazâ€™s Pick/Tip: Been looking for a journal on my IOS device and the Mac at the moment it looks like Day One is the App everyone is shouting about, but Iâ€™m trying the free version of the App Reminisce which has an in App Purchase to get the full App of 2.99 on IOS and 4.99 for the Mac, so a really great price. The thing with these Apps are you really have to give them a good try before settling on them. So Iâ€™ll let you know how I get on but so far so good.

Patron Link: Yes this is a link!