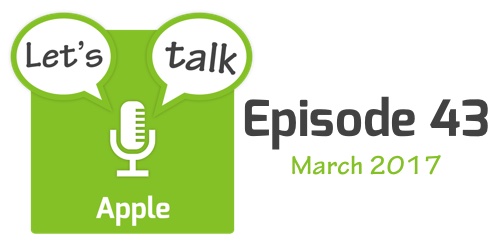 Joining Bart this month are Allison Sheridan from the NosillaCast, Gazmaz from the MyMac Podcast, and Nick Riley.

The show starts with some quick followups to stories from last few months, before moving on to look at a few notable numbers, Apple-related legal stories, and some notable employees joining and leaving Apple that made the news in March. The four main stories are Apple’s new products announced in a press release along with an update to every Apple OS, Apple’s acquisition of WorkFlow, Apple’s unprecedented sit-down with select Tech reporters to talk about their plans for the next MacPro, and finally, the bizarre story of the Turkish Crime Family’s attempt to extort Apple. The show finishes with a quick rundown of some other shorter Apple-related stories that made the news in March.