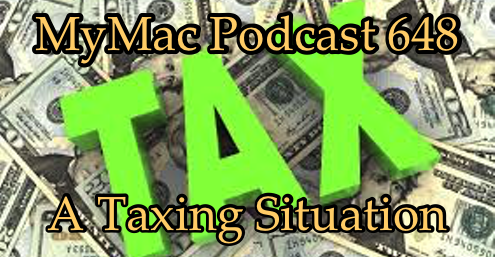 Links:
Macstock
Softorino’s WALT2 App
MacAlley:
Apple have joined with SAP to deliver Cloud Platform, wait what!
So now you can put a third party screen on your phone and you won’t get a finger pointing you to the door when you go in to get your iPhone repaired under warranty.
Tim again talks about AR, crikey he’s on a AR date or something!
What are Tim Cook’s most notable successes and failures during his time as Apple CEO?
Apple declining reputation corporately (umm size sometimes does that)
Apple’s macOS is the safer choice – but not for the reason you think. Actually this is exactly what I thought (stupid headline writer, assuming they know better, shakes head)
A mini site dedicated to Apple’s Home App, we might be getting somewhere.
Apple Watch saw ‘best quarter ever’ with 4.6M units during holidays, estimate claims
Hey we only normally here about the ones that they have to pay, or what they might have to pay.
Thanks Amazon how about your video App on ATV
Actually this will be quite useful
Good news (if you like these channels for the US)
Still doesn’t mean they’re not evil 😉
Good news always

Gaz’s Pick/Tip: Odd pick this because it’s not a pick more watch out. Are you going to an event of any kind, if so keep an eye open for an App in the IOS store related to that event, these days the event organizers if they are good have an associated App that can be really useful. The problem is if you’re anything like me you’ll find the App at the event or half way through and not be able to make the best use of it!