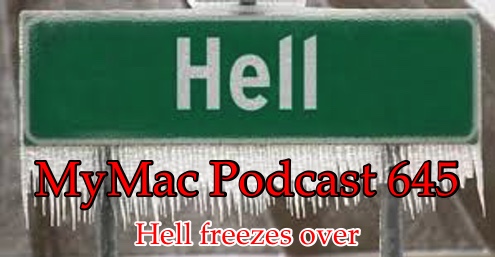 Another show with a variety of topics and longer than usual since we weren’t able to record last week. That’s a good thing right? On a weird note, Guy might be right about something and we’re told we’re a political show. What are the odds of that happening more than once?

Links:
Really Apple I think if you are selling a product to replace your quality products then do a little research
Ummm Guy you might be right
Tim Cook Says this is why we want Augmented Reality
Sonos copy cats … really?

Guy: The house shown at about the 23rd second looks like Tim Allen’s house in Galaxy Quest. This is why so many people question my sanity! Other than, somehow a bluetooth speakers wakes people up, they now magically have children, and want to have sex. Heck I’d buy one just for two out of three of those
Apple joining the Wireless Power Consortium
Apple buys iCloud.net
New iPad Campaign, what have they got old stock to clear?
Apple Drops, well that’s what Newton predicted
4K Apple TV (about bloody timer
Apple the 4th most innovative company in the world.
Guy’s Pick: Almost hate to do it, but Adobe’s Premiere Elements is a pretty good reasonably fully featured video editor and best of all, doesn’t require a subscription. $100 from Adobe
Gaz’s Pick: I’ve been using QS Access to get the health data from my phone, I have used the health App itself but to be honest the format it spits it out in is a bit of a pain, QS Access gives you a much better improved format to use the n extract. It’s free, and you have to give access to the App.
Contact / Follow Us:
Guy@mymac.com
MacParrot on Twitter
Gaz@mymac.com
GazMaz on Twitter
GuyandGaz on Twitter
Feedback@mymac.com
Patron Link
Skype +1 Area code  703-436-9501